Get the app Get the app
Already a member? Please login below for an enhanced experience. Not a member? Join today
News & Media Continental announces ambitious goals

Continental Motors, fresh off the acquisition of the former Thielert Aircraft Engines’ Centurion line of turbodiesel engines, outlined its plans for improving them July 29 during EAA AirVenture in Oshkosh, Wis.

Continental President Rhett Ross said that with newly shipped 2.0-liter turbodiesels from Technify (the rebranded name for the Centurion line of engines), the gearboxes will have their times between replacement (TBR) upped from 300 hours to 600 hours. The gearboxes had proven troublesome in the past. Ross said that a dual-mass flywheel will replace the wear-prone clutch system and make the gearbox much more reliable. Furthermore, Ross said that the complete engine TBR will be upped to the “multi-thousand hour” level, suggesting that TBRs of 2,500 hours to 3,000 hours may be achievable.

In another development, Vulcanair and Continental entered an agreement to discuss mating a 2.0-liter turbodiesel with an upcoming four-seat, high-wing single Vulcanair called the V1.0. Vulcanair CEO Remo De Feo said that the company had been dealing with shortages of avgas in Europe since 2000. De Feo said the company is also analyzing a new variant of its A-Viator, an eight-seat Rolls-Royce-powered twin turboprop. Plans are afoot to replace the turboprop engines with 350-horsepower Continental turbodiesels.

Continental also said it would be going back into air racing. The French Big Frog racing team plans to use big-bore Continental turbodiesels in its Nemesis NXT Reno racer by 2014.

AOPA Pilot Editor at Large
AOPA Pilot Editor at Large Tom Horne has worked at AOPA since the early 1980s. He began flying in 1975 and has an airline transport pilot and flight instructor certificates. He’s flown everything from ultralights to Gulfstreams and ferried numerous piston airplanes across the Atlantic.
Go to Thomas A. Horne's Profile
Topics: EAA AirVenture, Events, Air Racing 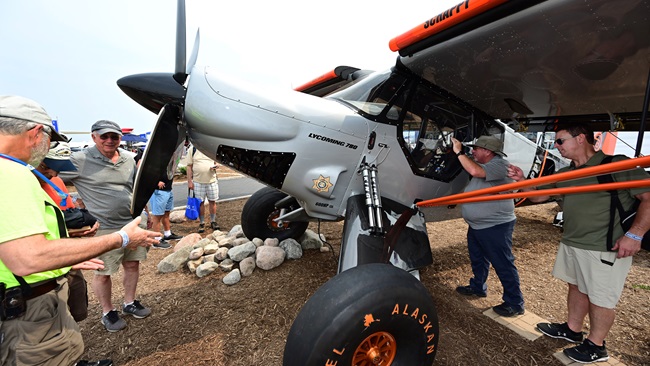