Get the app Get the app
Get the latest news on coronavirus impacts on general aviation, including what AOPA is doing to protect GA, event cancellations, advice for pilots to protect themselves, and more. Read More
Already a member? Please login below for an enhanced experience. Not a member? Join today
News & Media Build a Plane teens reunite with the Glasairs they built

Seven of the eight teenagers who built two taildraggers over a span of two weeks in June were reunited with “their” airplanes this week at EAA AirVenture in Oshkosh, Wis.

The teens were winners of a contest sponsored by the General Aviation Manufacturers Association and Build a Plane. Students from high schools in Saline, Mich., and Canby, Minn., spent two weeks at the Glasair Aircraft facility in Arlington, Wash., assembling two Glasair Sportsman aircraft. The airplanes taxied and flew for the first time in late June.

Brandon Stripling of Canby said watching the completed airplanes taxi and then fly was “crazy. Your work went into it and then you get to see it in action.”

“We didn’t think it would be flying,” Canby student Wyatt Johansen said, referring to the fact that it was a mere two weeks’ time between the first day of the build and the day the Glasair took flight.

Stripling, Johansen, and their teammates Leah Schmitt and John DesLauriers got an added bonus: an opportunity to fly one of the airplanes they helped to build. Van Tine stopped in Canby on his way to AirVenture, and put each of the students in the right seat.

“It was amazing to be flying in the airplane I built,” Schmitt said. “A year ago, I never thought this would happen.” 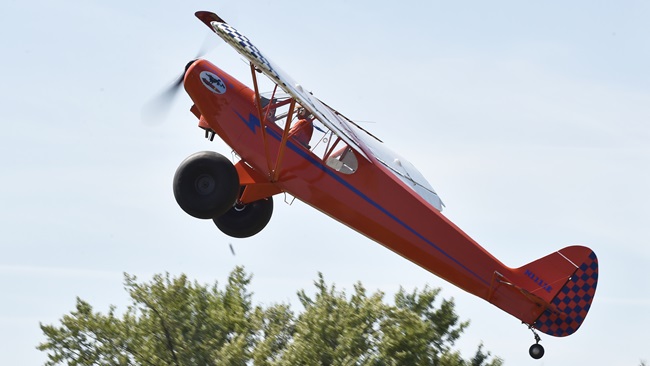