Get the app Get the app
AOPA will be closing at 2:30 pm ET on Friday, May 27, 2022, in observance of Memorial Day. We will reopen at 8:30 am ET on Tueday, May 31, 2022.
Already a member? Please login below for an enhanced experience. Not a member? Join today
News & Media NASA dirigible hangar at Moffett up for grabs

NASA dirigible hangar at Moffett up for grabs 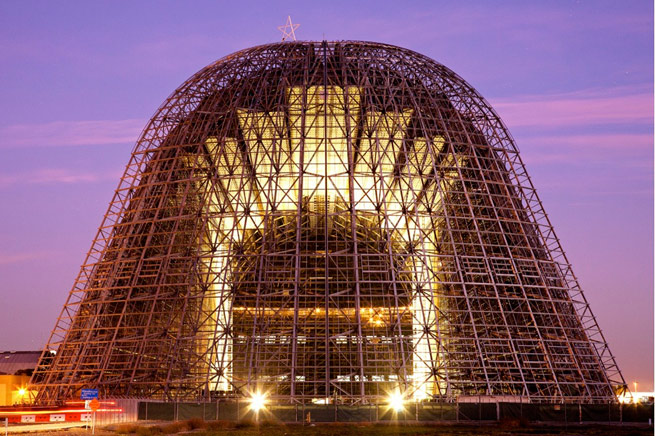 NASA can no longer afford to maintain the 1,100-foot-long Hangar One at Moffett Federal Field in California that was designed in the 1930s. It was used to house the reconnaissance dirigible USS Macon, with its associated Sparrowhawk aircraft that literally hooked onto the airship in flight, and the USS Akron.

The Macon used its 4,500 horsepower to cruise at 85 mph. Both eventually crashed, leaving the building without a mission. The Navy transferred the naval air station to NASA in the 1990s to become part of Ames Research Center.

Now you have a chance to save a piece of history. NASA is taking bids on a contract to replace the siding of the huge hangar and operate the private airport that has controlled public use. The winner gets to develop the property, gain financially from the use of the hangar when it is restored, and operate an FBO on the airport. NASA wants to eliminate its operating costs.

The siding of Hangar One was releasing PCBs into the interior at levels that threatened human health. Siding was removed and the bare steel frame was covered with epoxy. A contract will be awarded in September.

NASA took the siding off Hangar One, the huge, 1,100-foot-long, eight-acre building meant to house U.S. Navy dirigibles in the 1930s.