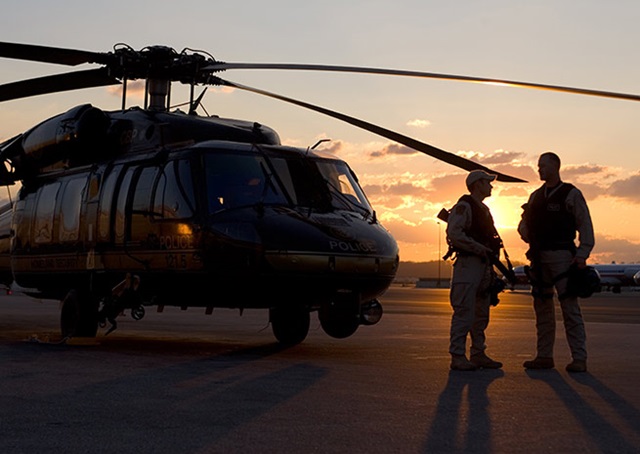 With a growing number of reports from law-abiding pilots stopped by armed federal agents on the ramp, their aircraft searched by federal agents, the U.S. Department of Homeland Security Customs and Border Protection remains silent, and outrage is building.

AOPA is questioning CBP’s authority to conduct the searches, and demanding a response from officials at the highest level. There has been no meaningful response to date from CBP to Freedom of Information Act requests filed months ago by AOPA and affected pilots.

“We don’t even know why they’re being stopped,” said AOPA General Counsel Ken Mead, adding that the association will press the issue until satisfactory answers—or a change in policy—are forthcoming.

"We're not going to let this go with just lip service," Mead said. “The agency either has to stop its behavior or we’re going to need to elevate it to Congress.”

Innocent pilots who have been targeted for search but not charged with a crime may never get an opportunity to challenge a potential violation of their constitutional rights in court, since there is never a trial in such cases, and civil action against the federal government is cost-prohibitive for most.

Federal law requires a timely (and meaningful) response to a Freedom of Information Act request, but CBP, unlike some state and local agencies, has told AOPA not to expect any response to a Feb. 12 request for at least six months.

“We were given no justification for such extreme delinquency in meeting the statutory requirement to respond within 20 business days,” Mead wrote a June 19 letter to acting CBP Commissioner Thomas S. Winkowski. “If CBP does not respond to our request and produce the required information and documents by July 20, 2013, this letter serves as notice that we will pursue such other remedies as available at law and advise the appropriate members of Congress and congressional committees of this matter and seek their intervention.”

Mead, writing on behalf of the association’s nearly 400,000 members, noted that nearly a dozen pilots have reported to AOPA encounters similar to that related by New York pilot and real estate investment banker Gabriel Silverstein in May. Silverstein and other pilots have been stopped and detained more than once by CBP agents operating well inland of the borders, targeting for invasive searches aircraft that never came close to crossing a border. AOPA is aware of some searches that could have compromised airworthiness, with uncertified personnel removing inspection plates, for example, not to mention the possible compromise of the pilot’s ability to safely fly given the stress induced by the demands made by armed federal agents, who in Silverstein’s case enlisted the assistance of a municipal K-9 unit.

Mead, while noting that CBP’s authority to conduct searches of aircraft that have crossed an international border is well understood, questioned the agency’s authority to operate in places like Iowa City.

“In all of our research to date, we cannot identify what authority is granted Customs and Border Protection to monitor general aviation activity within the borders of the United States and we question the authority under which CBP is conducting this monitoring, stop and search activity,” Mead wrote.

The federal Drug Enforcement Agency has provided a partial response, Mead noted, to FOIA requests prepared on behalf of affected members, though it remains unclear if federal agents are looking for drugs, terrorist activity, or both, and under what circumstances. As AOPA reported in May, CBP has, according to the agency’s own website, significantly expanded its capability to monitor flights in real time, drawing on a variety of sources including FAA and military radar, unspecified communications networks, and unspecified databases.

Mead said reports from members with similar experience will play an important role in achieving the goal of ensuring that pilots’ rights are protected like those of any other citizens, and urged members with similar experience to contact AOPA. Mead explained that the more reports AOPA receives, the more likely the association will be successful in elevating this issue to Congress. That doesn't trivialize the ones that AOPA has already received, he noted.

AOPA is not alone expressing outrage: Various publications within the aviation community and the mainstream media have taken issue with what appears to be a scattershot approach by armed federal agents.

In the absence of clear consideration for constitutional rights or clear legal authority to search an aircraft, AOPA has prepared the best advice possible, under the circumstances, for what to do if it happens to you.

Have you and your aircraft been stopped by law enforcement?

AOPA is seeking details of any incident you've encountered with law enforcement as a pilot. Sharing your experience through this questionnaire will help AOPA protect your freedom to fly in this latest attack on general aviation.

What to do if stopped by law enforcement

AOPA is still researching the legal specifics involved when federal agents, particularly Customs and Border Protection agents acting well inside the nation's borders, detain a pilot and search an aircraft.

As the association works to gain a fuller understanding of what is permitted, a convenient kneeboard reference card has been prepared. This updated step-by-step guide includes general procedures to follow when subjected to detention and search. Always be courteous and respectful, and remain calm. Answer questions truthfully, but succinctly: Do not volunteer information.