Get the app Get the app
News & Media Almost halfway around

Jack Wiegand stood admiring a panorama of islands in the Mediterranean Sea as he checked in from Greece via satellite phone on his flight to become the youngest pilot to fly around the world solo.

“I’m standing on a balcony in Crete right now,” he said soon after arrival from Rome, Italy, on May 15.

The next day’s destination: a comparatively short 440-nautical-mile leg to Cairo, Egypt, where he would clear customs at an international airport, and then make a 30-nm hop to another airport for avgas and two days on the ground.

Tired but upbeat after some long, sometimes ice-prone flying, Wiegand has made plenty of progress since a paperwork glitch in the form of a forgotten passport stalled his progress for several days in Iqaluit, Canada. The 20-year-old from Fresno, Calif., is flying to claim the Guinness World Record as the youngest round-the-world solo pilot.

With that episode behind him, Wiegand had made the hops to Reyjkavik, Iceland, and London, England, without further distraction. (Well, he conceded feeling a little anxiety during the overwater leg to Reyjkavik in his single-engine Mooney Ovation2 GX. Dressed in his immersion suit, it had been chilly enough on dry land as he bid farewell to arctic Canada earlier that day.)

The Rome-to-Crete leg brought him to about the 50-flight-hour mark of a journey expected to take about 130 hours—so, he had made it almost half way now.

It had been a demanding day aloft. The Mooney accreted more ice than he would have liked on the climb to 19,000 feet. Fortunately, clear air awaited there, and by dodging more of the cumulus clouds that had produced the stuff with controller-approved deviations, he was able to complete his day’s work in clear air.

Sightseeing has become less of a priority at Wiegand’s destinations after days of up to seven hours flying, frequently in IMC, and with the added stress of some language barriers in communications.

Not to mention having to activate the anti-ice system over the Mediterranean.

“I don’t care how warm the water is. It’s not a good place to be picking up ice,” he said, adding that after that kind of day in the air, all you really want to do is “sit back and relax.”

Dan Namowitz has been writing for AOPA in a variety of capacities since 1991. He has been a flight instructor since 1990 and is a 35-year AOPA member.
Go to Dan Namowitz's Profile
Topics: Around the World Flight, Travel, Aircraft 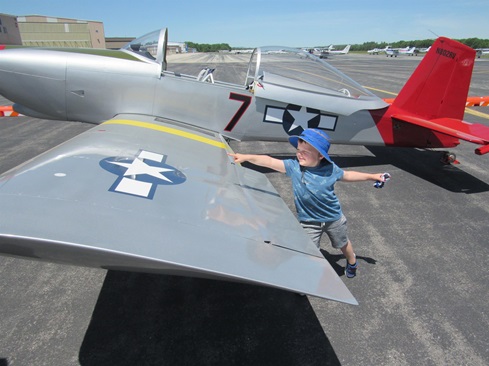