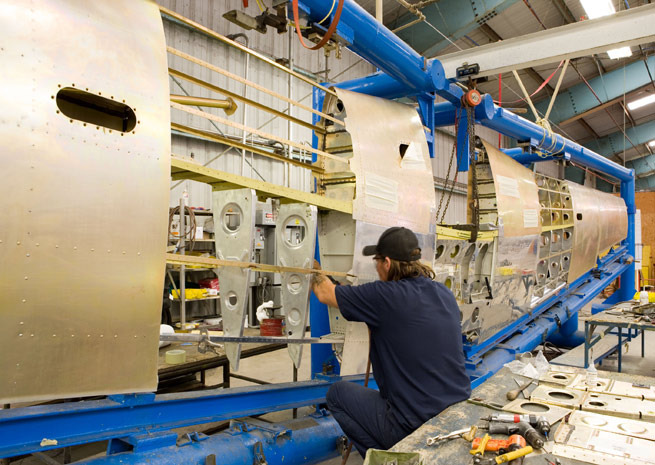 Just as many were headed out of Washington, D.C., to begin the Thanksgiving holiday, the general aviation community found one more reason to be thankful as the long-awaited Small Airplane Revitalization Act (SARA) was signed into law Nov. 27.

The measure sets a Dec. 31, 2015, deadline for the FAA to reform and streamline Part 23 of the federal aviation regulations, which governs the certification of many new general aviation aircraft as well as affecting how modifications are made to older airplanes. The planned changes to Part 23 were designed to create “twice the safety at half the cost,” making it more affordable to make safety improvements to the existing fleet while reducing the cost of bringing innovative new designs to market.

“The passage of the Small Airplane Revitalization Act is great news for the general aviation community,” said AOPA President Mark Baker. “Reforming the way FAA certifies aircraft can help more pilots fly more safely while lowering their costs—and that’s exactly the kind of support general aviation needs to thrive. We’re appreciative of efforts of the House and Senate GA Caucus members who developed this bill and came together to see it through at a time when very few bills have had the bipartisan support needed to become law.”

SARA was introduced in the House of Representatives in May and passed in July by a 410-0 vote. It was introduced by House GA Caucus member Rep. Mike Pompeo (R-Kan.). Original co-sponsors included House GA Caucus co-chair Sam Graves (R-Mo.) and Reps. Dan Lipinski (D-Ill.), Rick Nolan (D-Minn.), and Todd Rokita (R-Ind.), all members of the House General Aviation Caucus. In the Senate, a similar bill was also introduced in May by Sens. Amy Klobuchar (D-Minn.) and Lisa Murkowski (R-Alaska), both Senate GA Caucus members. AOPA worked with members of Congress to garner support for the legislation, which led to swift passage in both chambers. The two measures were reconciled, with final passage in Congress on Nov. 14, and subsequently sent to President Barack Obama for his signature.

AOPA continues to be engaged in identifying ways to streamline the certification process, serving on the FAA’s Certification Process Study, the Part 23 Reorganization Aviation Rulemaking Committee (which developed the recommendations for reforms), and the ASTM F44 Committee, which is developing the industry consensus standards that will be leveraged by the Part 23 rulemaking effort.

“This new law is vitally important because it moves us one step closer to implementing changes that can make a real difference in what and how we fly. The cost of certifying new safety equipment and new airframes has prevented many owners from upgrading their existing aircraft or from being able to even consider the purchase of a new aircraft,” said Rob Hackman, AOPA vice president of regulatory affairs. “The changes won’t happen right away, but this law emphasizes how important it is to keep reforms moving forward. We’ll keep working with Congress, the FAA, and the GA industry to make sure general aviation sees the benefits of reform.”