Get the app Get the app
Already a member? Please login below for an enhanced experience. Not a member? Join today
News & Media AOPA announces new focus on grassroots events in 2014

AOPA has decided to suspend holding its annual Aviation Summit in favor of reaching more members “where they fly.”  Aviation Summit in Fort Worth, Texas, from Oct. 10 through 12, will be held as planned and is shaping up to be one of the best ever. We are on track for thousands of members to join us and the exhibit hall is nearly sold out, with new exhibitors still signing up. But convention plans for 2014 have been canceled.

While Aviation Summit, previously called AOPA Expo and before that named Plantation Party, was a very good way for AOPA to meet with members and engage with valued industry partners, it no longer made sense for the organization and its members to invest in a single large event. AOPA plans to redirect the time and resources previously spent on Summit to meeting members at community airports and hosting more grassroots events.

“One of my biggest priorities is to meet members in venues that truly spark their passion. I want our members to make a personal connection with AOPA, and that is best achieved by meeting them where they fly,” said AOPA President Mark Baker. “We now have a wonderful opening to visit general aviation airports and engage pilots in a much bigger way that is also more affordable and accessible for members. This decision is about going out to where our members are, maximizing the number of pilots that we reach on an annual basis. And it will also give me a real opportunity to spend quality time with members and seek their honest feedback in a more comfortable and relaxed setting.”

In 2014, AOPA will host a series of enhanced pilot town halls and fly-ins. These Saturday events will give members the chance to share in a discussion with Baker and other AOPA leaders, partake in an educational forum, and enjoy a burger or a hotdog on AOPA.

“I know thousands of you are planning to see us in Fort Worth, and we are really looking forward to a first-class event,” Baker said. “We’re offering hundreds of hours of seminars covering everything from medical and legal issues to aircraft ownership and emerging technologies. And this year’s exhibit hall and Airportfest feature hundreds of displays from highly respected aviation companies. It’s a great place to get answers to all your questions or just browse around and discover what’s new. And don’t forget the fun! We’ve got a free concert by country music star and pilot Aaron Tippin, and a world-class rodeo at the Fort Worth Stockyards.

“I am truly looking forward to meeting members in Fort Worth in just a few short weeks and at community airports all over the country in 2014. We will be celebrating AOPA’s 75th anniversary next year, and I can’t think of a better time to go out and meet members, reaffirm AOPA’s commitment to our core mission of protecting the freedom to fly, and lay a new foundation for a fresh vision of the future.”

More details about next year’s pilot town halls and fly-ins, as well as activities around AOPA’s seventy-fifth anniversary year, will be released as they become available. 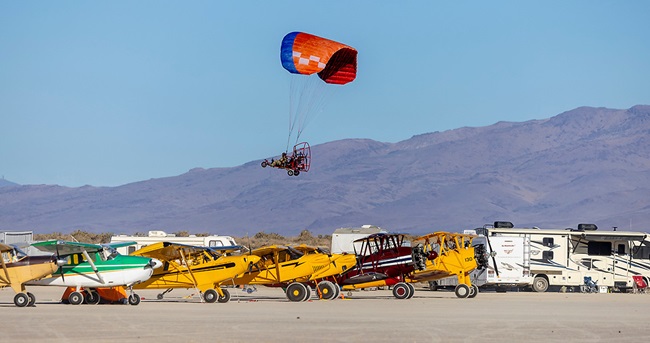