Get the app Get the app
Already a member? Please login below for an enhanced experience. Not a member? Join today
News & Media DeLorme cuts inReach service fees 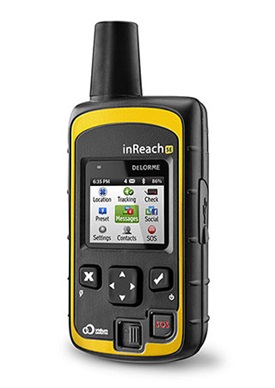 DeLorme has launched new contract-free, month-by-month usage plans for its inReach satellite communicator that eliminate the annual service fees of previous plans. In addition, the device has been approved for use with Lockheed Martin’s Adverse Condition Alerting Service and the FAA’s Enhanced Special Reporting Service (eSRS) program in Alaska.

“Our Freedom Plans allow you to pay for satellite airtime service only when you need it, on a rolling basis,” said Jim Skillings, DeLorme’s vice president of commercial products. “You can change plans, up or down, or suspend your service at no charge. While the account is suspended, all your account data, tracks, and details are automatically saved for instant availability when you restore service.”

The new plans are a response to feedback from customers who use inReach devices multiple times per year, but not necessarily several months in a row, Skillings explained. The month-to-month options are available for DeLorme’s existing safety, recreational, and expedition plans—as well as a new extreme plan, which offers unlimited use of all inReach features, including two-minute tracking intervals instead of the standard 10-minute intervals. Freedom plans cost $14.95 to $99.95 per month.

InReach was recently approved for use with Lockheed Martin’s Adverse Condition Alerting Service (ACAS). Pilots who register online and opt-in for ACAS via Lockheed Martin Flight Service’s Pilot Web Portal will receive alerts of new adverse conditions specific to their filed flight plans via text, email, or Iridium satellite devices like inReach. The alerts prompt pilots to contact flight service for additional information on the adverse condition. ACAS was introduced in late 2012.

“It basically gives you another tool in your belt,” said Josh Moremen, a DeLorme technical representative who also is a private pilot, flying a Piper Cherokee. The service provides updates on temporary flight restrictions, sigmets, convective sigmets, severe weather, and runway closures, among other conditions, he said.

In addition, the inReach has been approved for use in the FAA’s Enhanced Special Reporting Service (eSRS) program in Alaska. The eSRS program, designed to enhance and expedite search and rescue for aircraft on a flight plan, allows flight service to initiate search-and-rescue efforts upon receipt of electronic distress alerting messages. It does not replace a flight plan.

eSRS was developed by a workgroup formed in 2011 that included AOPA, the Alaska Airmen Association, air traffic controllers, the Alaska Flight Services Information Area Group, and Alaska flight service stations after pilots in Alaska asked for increased flight service support of satellite/GPS tracking devices. In January 2013, it was opened to all Alaskan pilots with a SPOT or Spidertracks device. DeLorme’s inReach was added in March 2014.

The inReach device uses the Iridium satellite network to send and receive messages, providing connectivity anywhere in the world—including the most remote regions of Alaska, most of which are not covered by VHF radio service.

When I flew around the world last year with Mike Laver in his Mitsubishi MU-2, we each used inReach devices to track our journey; the in-flight communications capability was both helpful and reliable.

Technical Editor
Mike Collins, AOPA technical editor and director of business development, died at age 59 on February 25, 2021. He was an integral part of the AOPA Media team for nearly 30 years, and held many key editorial roles at AOPA Pilot, Flight Training, and AOPA Online. He was a gifted writer, editor, photographer, audio storyteller, and videographer, and was an instrument-rated pilot and drone pilot.
Go to Mike Collins's Profile
Topics: Alaska, Travel, FAA Information and Services