Get the app Get the app
Already a member? Please login below for an enhanced experience. Not a member? Join today
News & Media Airvan gets executive interior option

GippsAero, the aircraft manufacturing arm of Mahindra Aerospace, has introduced a new executive interior for its GA8 Airvan utility airplane.

“With its enviable short-field capabilities and voluminous cabin, the GA8 Airvan has already gained a global following as a rugged, dependable utility and special missions aircraft,” said Earle Boyter, director of business development in the Americas for GippsAero and Mahindra Aerospace. “Those same performance characteristics are now making the Airvan very attractive to many pilots looking for a go-everywhere type aircraft that also offers a more comfortable, stylish cabin. The new executive interior is the answer to their requests.”

The new interior will be an option on the eight-place utility aircraft. “It is a luxurious interior compared to its predecessor. If you took a 1950s school bus—our original interior wasn’t that nice,” Boyter quipped. “It’s still a utilitarian interior, easy in and easy out.” 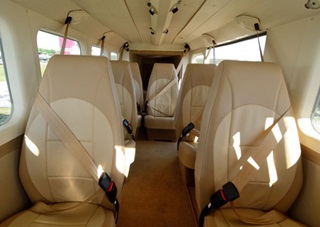 The interior was designed to increase style and comfort without losing sight of the Airvan’s ruggedness, said Karen Nelson of Eagle Aviation, which designed and installed the interior. Ultraleather seats and sidewalls are attractive, yet durable and easy to clean. “The design and materials selection ensures the executive interior can withstand the demands of utility operation without requiring a great deal of maintenance,” she added.

“We gave Eagle Aviation a blank slate with this project and I am thrilled with the extremely high level of quality and detail they provided,” Boyter said. Pricing has not been determined for the option, which adds 45 to 60 pounds to the Airvan’s empty weight.

GippsAero is continuing development of its GA10, a 10-place single-engine turboprop. Boyter said that two GA10s are flying in Australia, with a target of Australian and FAA certification for the model by the end of this year.

GippsAero recently appointed Shanti Lakhan as its marketing manager. Lakhan, formerly marketing manager for Cirrus Aircraft, has been involved in commercial and general aviation for more than 15 years. She will be responsible for leading the development and implementation of marketing strategies in support of global sales, said Keith Douglas, CEO of GippsAero. 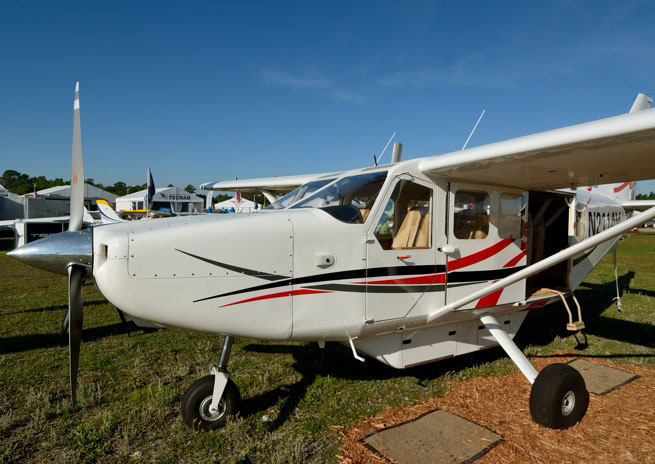 Technical Editor
Mike Collins, AOPA technical editor and director of business development, died at age 59 on February 25, 2021. He was an integral part of the AOPA Media team for nearly 30 years, and held many key editorial roles at AOPA Pilot, Flight Training, and AOPA Online. He was a gifted writer, editor, photographer, audio storyteller, and videographer, and was an instrument-rated pilot and drone pilot.
Go to Mike Collins's Profile
Topics: Aircraft, Sun n Fun, Events