Get the app Get the app
Already a member? Please login below for an enhanced experience. Not a member? Join today
News & Media Fly for $300 a month, Baker says 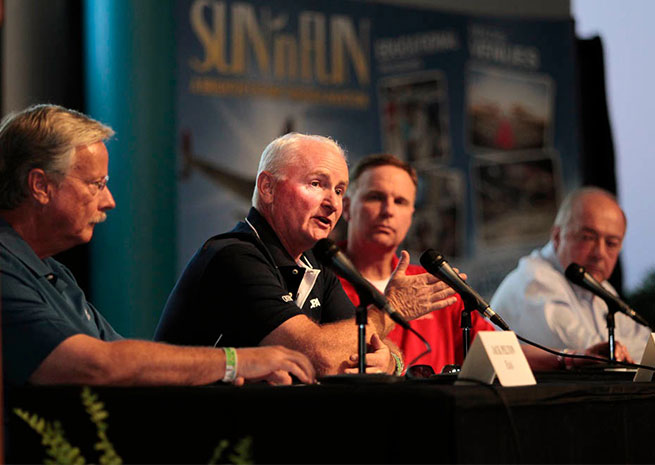 With the high cost of avgas and new aircraft prices soaring, is it possible to fly for $200 or $300 a month? AOPA President Mark Baker posed the question at the panel discussion "Building Interest in the Future of Aviation" at the Sun ‘n Fun International Fly-In and Expo in Lakeland, Fla., April 1.

“The answer is, you can,” said Baker in the program, in which the heads of major general aviation organizations came together to discuss their goals and initiatives.

Surprised? AOPA is working to lower the cost of flying for current and future pilots and to bring more people into—and back into—aviation, and the association has found that those numbers are feasible for many pilots, Baker said. Sharing costs through a flying club is one step toward lower costs, and AOPA supports flying club membership with a variety of resources, including a flying club finder and a guide to starting a flying club.

To lower costs further, pilots can go back to basics. Baker said in the program that flying a small, two-place trainer can slash the hourly fuel costs for pilots; an older, refurbished airplane with a standard six-pack of instruments and an iPad mount is enough for many pilots’ flying and can be operated at a reasonable cost. He said AOPA will announce further plans soon to help pilots access low-cost flying. 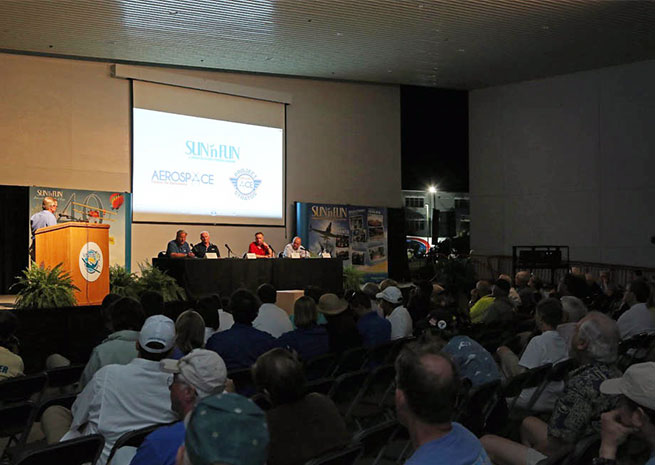 During the discussion, Baker also discussed AOPA’s Rusty Pilots initiative, which invites lapsed pilots back into aviation with the offer of a free one-day ground school that satisfies the ground requirements of a flight review. Most pilots who have taken the course have gone on to schedule a flight lesson to get back in the air.

Other topics included an effort to eliminate the requirement for a third class medical for certain types of operations—Baker said he expects a response from the FAA soon—and an overhaul of aircraft certification regulations that would make safety enhancements more affordable. AOPA is fighting threats to pilots’ freedom to fly, including stops of pilots without cause by the Customs and Border Protection Office of Air and Marine, Baker said. In all its efforts, AOPA is focused on ensuring that “you’re having fun, and you’re staying safe,” he added. 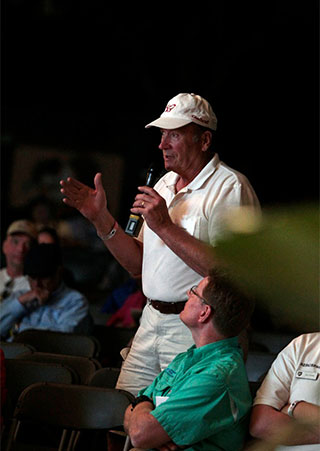 Zuccaro cited several issues that are important to the future of the helicopter industry, including restrictions on helicopter operations in New York that usurp the FAA’s authority and a similar effort in Los Angeles. His association also is fighting tax issues that target helicopters, including states’ imposition of taxes on aircraft that stop in the state to fight fires and save lives, he said.

Bolen discussed the importance of promoting a positive public image of GA. Telling the story of GA’s role in transporting vital organs, reuniting combat veterans with their families, and responding to earthquakes, floods, and fires is critical to NBAA’s membership of companies that use business aircraft to become more efficient, he said.

Pelton discussed his association’s commitment to the spirit of aviation, and uniting various communities within the realm of recreational flying. It’s incumbent upon members of the aviation community to give back, he said, by inviting others to events at the airport or participating in a program such as Young Eagles.