Get the app Get the app
AOPA will be closing at 1:45pm ET on Tuesday, December 6th. We will reopen Wednesday morning at 8:30am ET.
AOPA Members DO more LEARN more SAVE more - Get MORE out of being a pilot - CLICK HERE
News & Media Synthetic advisory elements demonstrated

“SATAS is a concept for using off-the-shelf technology to provide detailed surveillance of the airspace surrounding the airport, and enhance the situational awareness for aircraft operators,” explained Dave Byers, SATAS program manager. Byers is a college professor and airport consultant who has helped local officials at a number of airports to obtain control towers. “The ultimate goal of SATAS is to provide automated air traffic advisories and alerts to prevent midair collisions, and to avoid unsafe runway conditions, to pilots operating on and around airports in a non-ATC environment.”

One of the project’s first major demonstrations took place in Beckley, W.Va., during October 2013. The airport is the only one in the state with commercial service that does not have a control tower.

SRI—which stands for security radar integrators—offers an airfield radar system with an integrated video monitoring system that provides around-the-clock automated, all-weather airfield monitoring. Airports use the system to prevent runway incursions and incidents, perimeter intrusion detecting and tracking, record airfield activity, and even to enforce motor vehicle operating regulations on the airfield. The system prioritizes activity within the range of the radar, and a color video and thermal imaging system records the highest-priority activity for real-time or later analysis. 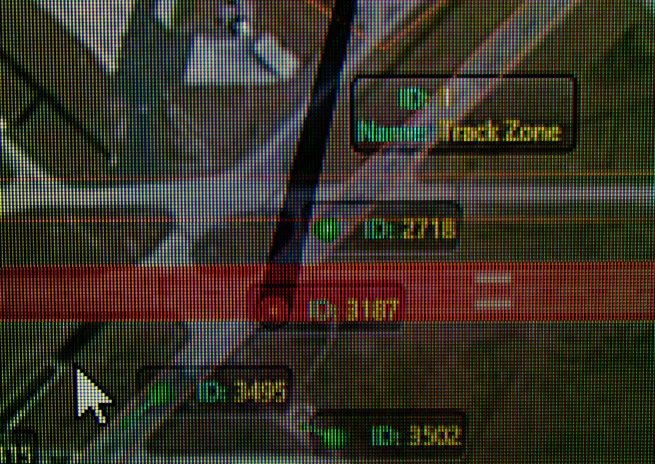 The ground-focused SRI system can be quickly programmed to learn runway and ramp areas, said Daniel Flynn, the company’s president. “You can prioritize the behavior that’s going on out on the airfield,” he said. The “track zone” is everything the radar can see. “If there’s something moving in the track zone, you can program it to just follow that with the camera.”

Runways get a medium priority, and often you’re looking for something that stops on a runway—so that an alert can be issued for a possibly obstructed runway. Airports also can use the system to enforce speed rules for motor vehicles, or to monitor compliance with airport rules requiring vehicles to wait for gates to close behind them after they’ve passed thorough. “We think there’s a way to allow airports to do surveillance without the expense of multiple cameras or patrols,” Flynn explained.

The air above the airport is monitored by DeTect’s Harrier solid-state airspace surveillance radar, which has its roots in bird monitoring and tracking. “In this system we’re basically running primary radar, getting returns from any aircraft in the area,” said Tim West of DeTect. The raw returns undergo Doppler processing and is fed to a Sequel database, which then provides track data used on the display. The radar can use algorithms to classify targets from large, high-performance airplanes to slower, smaller airplanes to birds.

“We’ve gone from what was a 30-kilowatt radar to a 200-watt radar, and we’re getting better performance, detection-wise,” West said. The technology is used to monitor wind farms for excessive bird activity, and to control obstruction lights mounted on power transmission towers and wind turbines in wilderness areas—turning them on when an aircraft approaches and off after it has passed.

“Now we’re in the concept development stage, proving that the COTS equipment works,” Flynn explained. A next step will be to integrate the two systems, combining data from the ground-emphasizing surveillance radar and the upward-focused DeTect radar, providing one seamless, zoomable display image—currently, each product’s imagery is displayed on separate screens.

“We’re showing the hard part—synthesizing the data from the two radars and automating decisions from it,” he added. “The easy part is going to be sending those decisions up to the pilot so he can do something about it.”

The ground radar easily picked up moving vehicles on the Sun ’n Fun grounds across the airport, more than 1,100 meters away—and triggered an alert because an aircraft marshaller standing beside the runway was identified by the system. The airspace surveillance radar accurately identified aircraft flying approaches and departures, or holding near the airport—but it did have a little trouble during the airshow, attempting to process aerobatic demonstrations when the airplanes were climbing quickly, descending rapidly, performing loops, and executing abrupt course reversals. 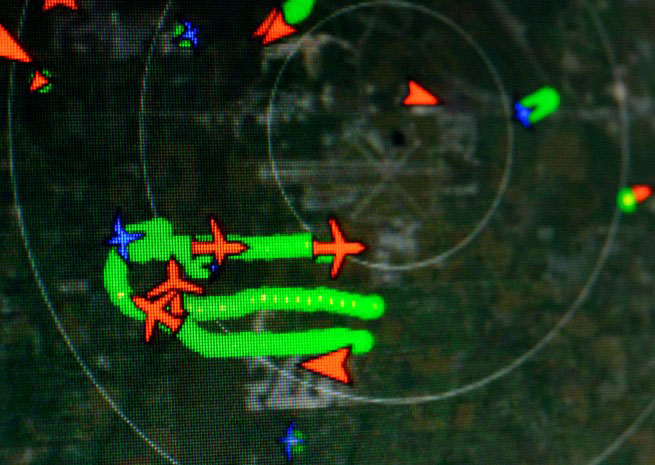 Technical Editor
Mike Collins, AOPA technical editor and director of business development, died at age 59 on February 25, 2021. He was an integral part of the AOPA Media team for nearly 30 years, and held many key editorial roles at AOPA Pilot, Flight Training, and AOPA Online. He was a gifted writer, editor, photographer, audio storyteller, and videographer, and was an instrument-rated pilot and drone pilot.
Go to Mike Collins's Profile
Topics: Technology, Sun 'n Fun, Events