Get the app Get the app
AOPA will be closed July 4th, in observance of the Independence Day holiday. We will reopen at 8:30 am ET on Tuesday, July 5.
News & Media Beaver reigns in Best Aircraft Showdown 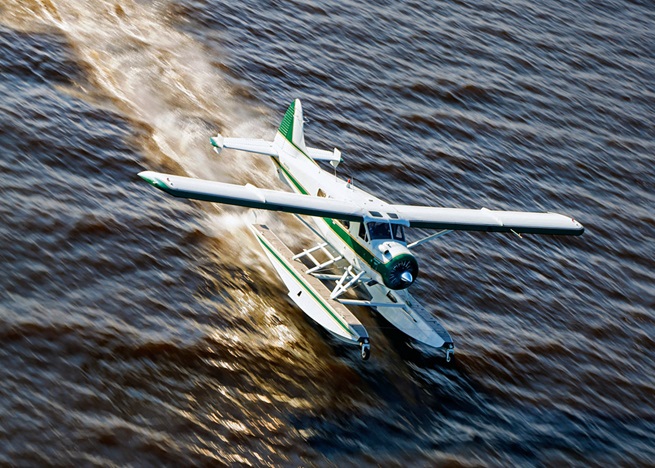 Whether on wheels, floats, or skis, the legendary de Havilland DHC-2 Beaver is a rugged, powerful, and smooth-flying machine. While it is built like a truck and can carry a load, the Beaver’s responsive handling—among other qualities—made a Beaver believer out of AOPA Pilot Senior Editor Dave Hirschman, who reported on his Beaver checkout in the June 2013 issue. 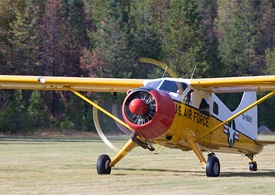 Matched up in the final against another general aviation legend, the Piper PA-18 Super Cub, the Beaver captured 55 percent of the vote, and accolades from AOPA members who added comments to the discussion, speaking of “Beaver Fever” and noting that the de Havilland legend is still in service in many backcountry locations nearly 50 years after the last of 1,650 DHC-2s rolled out of the factory in 1967.

“What makes the Beaver a Beaver are it capabilities,” opined Beaver fan cjsays, noting that the 5,600-pound aircraft can handle tight spots (the listed takeoff distance over a 50-foot obstacle is 1,610 feet). Another commenter, Peter Norton, was impressed by the carrying capacity on flights with Brooks Range Aviation in Bettles, Alaska.

“The five of us and our gear weighed in at just over 1,180 lbs for the flight in. So with pilot (6), fuel & safety gear we comfortably flew into the Brooks Range,” Norton wrote. “Probably wouldn't be doing that in a [Super Cub].”

The PA-18 had its share of supporters, who propelled the Super Cub into the final matchup after a tough early-round loss to the Cessna 172 in 2013. The Super Cub bounced back in 2014 and knocked warbirds to the side on its way to the final matchup, dispatching the B-29 Superfortress in the opening round, the legendary Supermarine Spritfire in the round of 16, then the AT-6 Texan to reach the “Four on Final” matchup against the P-38 Lightning.

The Beaver, meanwhile, had its own share of victories over famous warbirds, including the B-25 Mitchell and the F4U Corsair. It was Beechcraft, however, that really felt the sting, as the Beaver toppled both the Bonanza and Baron in the first two rounds. The Cessna 180/185, which has an impressive backcountry résumé of its own, fell to the Beaver in the Southwestern regional final, the DHC-2 pulling off an upset as a 15 seed beating the top-seeded Cessna.

The 2014 victory secures a place for the Beaver in the Best Aircraft Showdown Hall of Fame, alongside the P-51 Mustang and the DC-3. That will leave room for the rest of the field—and a newcomer or two—to make a run in 2015. 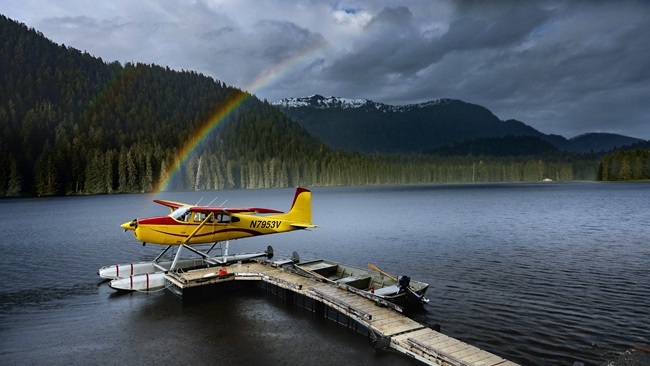 Roughing it (sort of) in a rainforest