Get the app Get the app
News & Media San Marcos Municipal: An airport rich with history welcomes you

San Marcos Municipal: An airport rich with history welcomes you

San Marcos Municipal Airport, the site of AOPA’s first regional fly-in, is at once modern yet steeped in history. With roots that go back to World War II, this spacious airfield welcomes pilots to the April 26 event and promises plenty of Texas-style hospitality. If you haven’t yet submitted your RSVP for the free lunch, you can do that online.

Located just about halfway between the chunks of Class C airspace surrounding Austin-Bergstrom International and San Antonio International airports, San Marcos originally was known as San Marcos Army Airfield, where the Army Air Force Technical Training Command trained nearly 10,000 navigators. A tower from that era remains, as does a 1940s-era hangar that now houses the Commemorative Air Force Central Texas Wing. In 1946 it was the home of the Army Air Force Flying Training Command. It became the San Marcos Air Force Base in 1951, and finally the Gary Air Force Base in 1953. The base was named for Lt. Arthur Edward Gary, the first Hays County, Texas, soldier killed in World War II. When U.S. Air Force training ended there in 1956, it was transferred to the Army and became Camp Gary, where civilian contractors trained pilots of fixed-wing aircraft.

When approaching the airport at night, you are likely to spy numerous bright lights on a complex of buildings just to the east of the airport. Those buildings, some of which were once barracks, now make up the Gary Job Corps complex that was created when the airfield was decommissioned in 1966. The complex is separate from the civilian airport, which was deeded to the city of San Marcos.

In its Army and Air Force training years, the airport boasted four paved runways. Today, San Marcos Municipal retains three paved runways (the fourth has been converted into a taxiway). Each runway is aligned in such a way as to virtually eliminate crosswind operations, according to the city. The longest, Runway 8/26, is 6,330 by 100 feet. Runway 13/31 is 5,601 by 150 feet, and Runway 17/35 is 5,214 by 100 feet. GPS approaches are available for all six runways. Runway 13 has both an ILS or localizer approach and an NDB approach.

San Marcos Municipal is in Class D airspace with a control tower that operates from 7 a.m. to 7 p.m. local time. It is a reliever airport for both Austin and San Antonio airports. The friendly controllers are comfortable handling large volumes of traffic; most recently they moved 400 airplanes per day during Redbird Skyport’s $1-per-gallon avgas promotion. 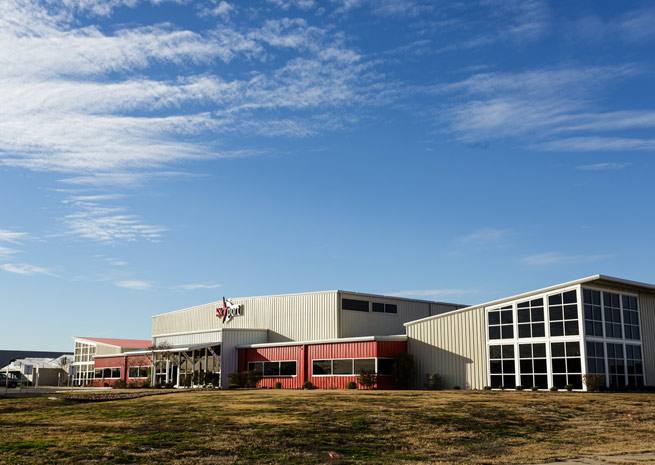 Speaking of Redbird Skyport, the cutting-edge flight training facility is also a fixed-base operator, one of two on the field. In addition to 100LL and Jet A and the usual amenities—pilot and passenger lounges, flight planning room, rental and courtesy cars, and Wi-Fi and Internet kiosks—Redbird offers a sit-down restaurant and coffee bar. The large white and red building is located at the center of the field.

Look for a blue roof on the other FBO, Berry Aviation, located at the far west end of the field near the approach end of Runway 8. It offers full and self-serve 100LL, full-service Jet A, a passenger lounge, Wi-Fi, a WSI weather center, complimentary refreshments, and a private flight crew lounge. FBO manager Chris Bagnall recommends you bring chocks and tiedowns, as both FBOs have a limited number available.

Ramp space for AOPA's fly-in is plentiful, according to Airport Manager Stephen Alexander. A student pilot who soloed in a Diamond DA40, Alexander notes that San Marcos Municipal is “a little different” than 96 percent of airports in the nation because it is managed by a private company.

“Cities and counties are great at operating facilities that are not revenue dependent, such as parks and recreation, police departments, [and] libraries,” Alexander said. The city of San Marcos hired Texas Aviation Partners in 2010 to manage and operate the airport with the goal of making it self-sufficient, he said. Texas Aviation Partners has incentives tied to the airport’s financial performance, which gives the company motivation to “go out and grow the airport,” he said. In the first year of managing San Marcos Municipal, revenue increased by 50 percent, he said, and airport traffic increased 40 percent. 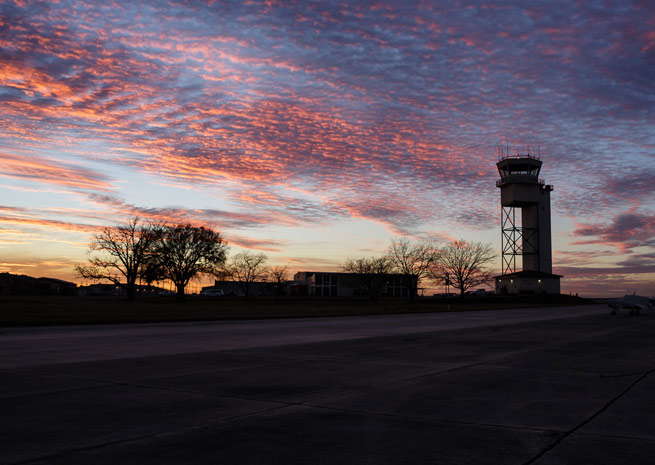