Get the app Get the app
Already a member? Please login below for an enhanced experience. Not a member? Join today
News & Media Able Flight announces 2014 scholarships

Able Flight, the nonprofit organization that works to provide free flight training to individuals with physical disabilities, announced the awards of a record-setting nine scholarships in 2014.

Six recipients are scheduled to begin flight training May 20 at Purdue University’s Department of Aviation Technology, Able Flight’s flight-training partner in West Lafayette, Ind. AOPA is a donor to the Able Flight Scholarship program, through donations funded by the AOPA Foundation. 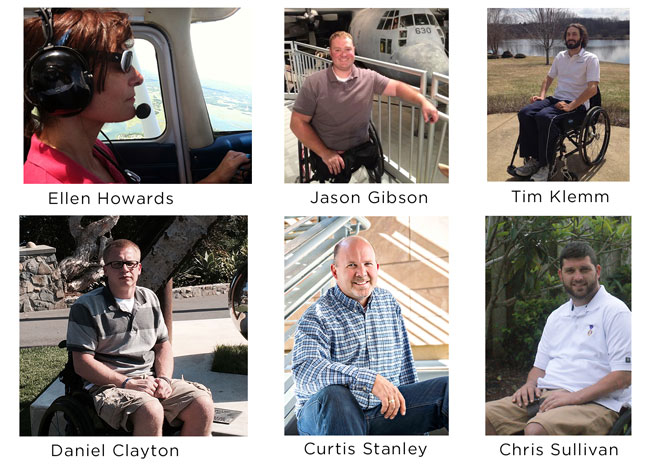 Among those headed to Purdue for flight training are wounded veterans Jason Gibson, of Ohio, who lost both legs to an improvised explosive device in Afghanistan in 2012; and Chris Sullivan of Louisiana, paralyzed in Iraq in 2005 by a sniper's bullet, Able Flight said in an announcement of the awards.

Another scholarship recipient who will take on flight training is Ellen Howards of Massachusetts, who remains partially paralyzed from a congenital spinal condition that has required multiple surgeries. Navy veteran Curtis Stanley, who lost his left arm from a service accident, received an Able Flight scholarship. Daniel Clayton of Pennsylvania, who was paralyzed in an auto accident in 2011, and Tim Klemm of Illinois, whose paralysis resulted from an auto accident in 2003, are also scholarship recipients.

Wounded veterans Ryan Kelly of Texas and Adam Kisielewski of Maryland will use their awarded scholarships to upgrade their pilot certificates. Tyrell Rhodes of Illinois recently completed training at Flight Safety International for certification as a corporate scheduler/dispatcher. Kelly, Kisielewski, and Rhodes are all past recipients of Able Flight Scholarships, and are certificated pilots. AOPA Pilot Senior Editor Dave Hirschman helped train Kisielewski for his sport pilot certificate.

"This will be our fifth year partnering with Purdue to provide an outstanding flight training experience for our students," said Charles Stites, executive director of Chapel Hill, N.C.-based Able Flight. When the six scholarship recipients arrive, "they will discover not only a welcoming and supportive atmosphere, but will quickly begin an intensive and demanding program designed to challenge them every day."

In March, AOPA President Mark Baker presented an $8,000 check to Able Flight, with funding from the AOPA Foundation. "Able Flight is a terrific organization that is successfully offering people with disabilities the life-changing experience of learning to fly," he said.