Get the app Get the app
Already a member? Please login below for an enhanced experience. Not a member? Join today
News & Media GA proves its worth in whirlwind week

GA proves its worth in whirlwind week 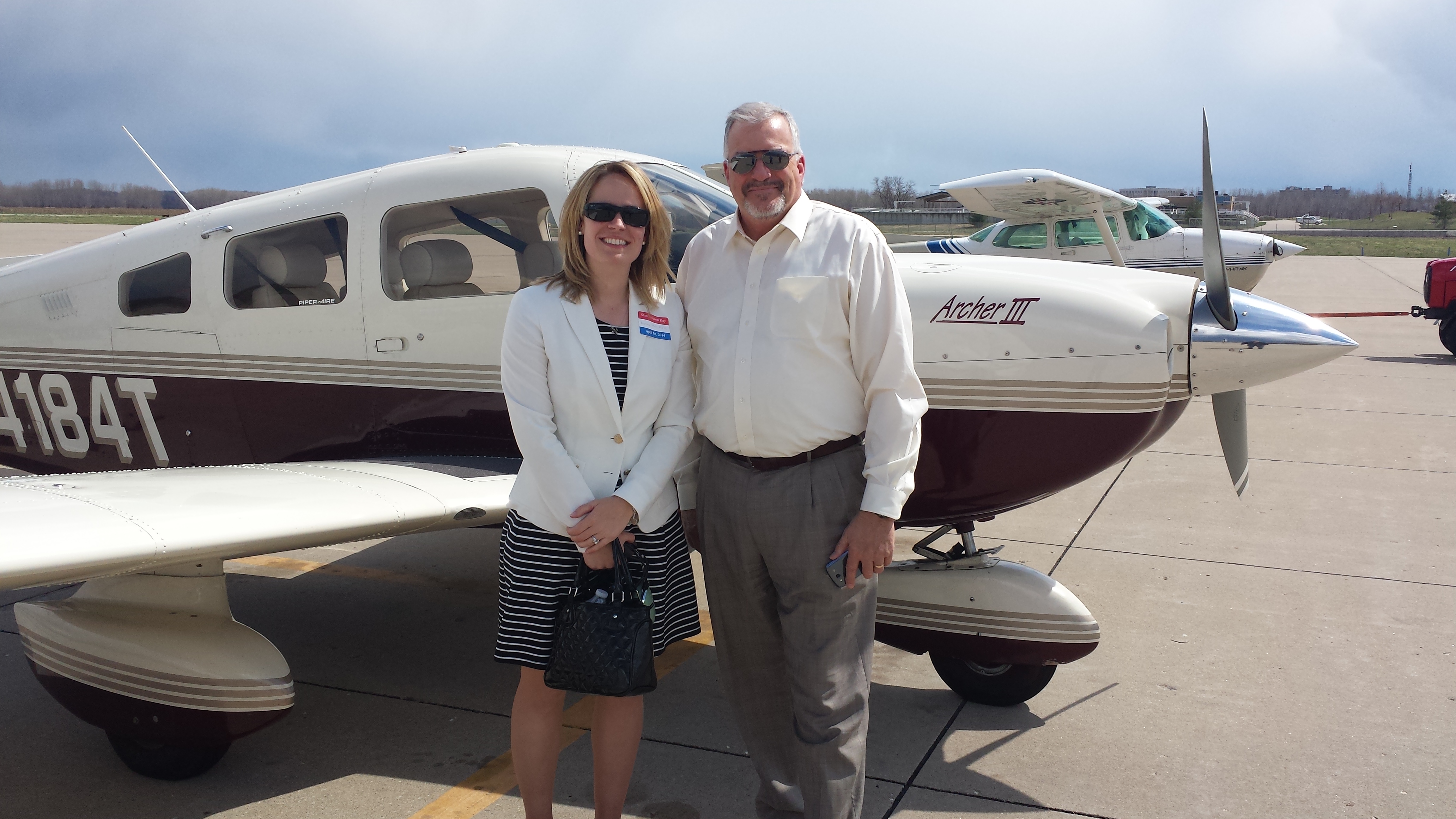 Anyone who uses general aviation regularly knows that it lets you do things no other mode of transportation can. Whether you’re simply taking in the view from above or visiting family in a remote location, general aviation is a great way to get there. But where GA really shines is when you have limited time to cover big distances and appointments to keep in places that are off the beaten path.

The week’s travels took Platt from her home-base in Houston to Bentonville, Ark.; Jefferson City, Columbia, and Osage Beach, Mo.; Rogers, Ark.; Shreveport, La.; and back home to Houston. In all, she logged 14 hours in the air in a Piper Archer.

“We say it all the time, but this trip really proves it—general aviation lets you do things that just aren’t possible on the airlines or by car,” said Platt. “Of all the airports I visited, only one offers commercial service. The others are strictly GA. And, I never even needed a rental car. Various complementary shuttles, a courtesy car, and fellow pilots helped me get everywhere I needed to go when I was on the ground.”

During the trip, Platt took part in major events, including Missouri’s State Aviation Day at the Capitol, where she met with several legislators to talk about current state initiatives that could impact general aviation funding and taxes. She later took state Rep. Doug Funderburk, a student pilot, on a flight around Jefferson City and Lake of the Ozarks. Platt also attended the Missouri State Aviation Council conference and spoke at the Missouri Airport Managers Association conference during her trip.

Later, Platt introduced Vickie Croston to the Crystal Bridges Museum of American Art, home of the original Rosie the Riveter painting. Croston is a pilot and daughter of the real Rosie the Riveter, whose iconic image inspired women entering the workforce during World War II.  Platt went on to attend an EAA Chapter 343 Young Eagles event, where she took kids through a preflight inspection and gave them a chance to sit in the Archer.

In other locations, Platt met with local airport officials, FBO owners, business leaders, and other aviation advocates to talk about GA issues.

“In just six days I achieved something that would have taken twice as long and cost considerably more using the airlines,” said Platt, who routinely flies an Archer throughout her nine-state region. “General aviation is the ultimate productivity booster, not to mention the most enjoyable way to get wherever you want to go.”