Three environmental groups have petitioned the Environmental Protection Agency (EPA) to reconsider its 2012 decision not to immediately pursue an endangerment finding for leaded avgas. The April 21 petition comes as the Piston Aviation Fuels Initiative (PAFI) is making substantial progress toward the identification, evaluation, and fleetwide certification of the most promising unleaded replacement fuels.

The petition filed by Friends of the Earth, Physicians for Social Responsibility, and Oregon Aviation Watch asks the EPA to find that lead emissions from general aviation aircraft may endanger public health or welfare. In 2012, the EPA said it was not ready to make such a finding and was pursuing additional data to make a scientific determination as to whether lead emissions from aircraft engines pose an endangerment. At that time, the EPA, whose decision was upheld in court, said it would have a finding sometime in 2015.

In the meantime, the general aviation and fuel industries have been collaborating with the FAA on PAFI, a program whose mission is to evaluate candidate unleaded replacement fuels to identify those fuels best able to technically satisfy the needs of the existing aircraft fleet while also considering the production, distribution, cost, availability, environmental, and health impacts of those fuels. The FAA has set the goal of identifying unleaded replacement fuels by 2018 and companies have until July 1 to submit candidate fuels for consideration and testing under PAFI.

As part of the PAFI program, potential avgas alternatives will go through a two-phase testing process at the FAA’s Technical Center. Phase 1 evaluates candidate fuels for potentially show-stopping issues in the production, distribution, and operation arenas before significant investment is made in gaining FAA design approval. Phase 1 also includes assessing the emissions and toxicology properties and resultant impacts, and evaluating whether a fuel can be produced and distributed broadly and economically. Fuels that successfully meet Phase 1 requirements will go on to Phase 2, where they will be tested in engines and aircraft to develop the data needed for aircraft certification. The PAFI process will endeavor to do this testing in support of fleetwide certification.

“It’s not clear why these environmental groups have chosen this moment to ask the EPA to reverse itself or why they believe the agency will make a different decision when the petition doesn’t really add any new information to the discussion,” said Rob Hackman, AOPA vice president of regulatory affairs. “The effort to find a lead-free fuel for GA is on track, with industry and the FAA working to meet the 2018 goal. We plan to stay focused on the path forward and identifying the right solutions for the GA fleet.” 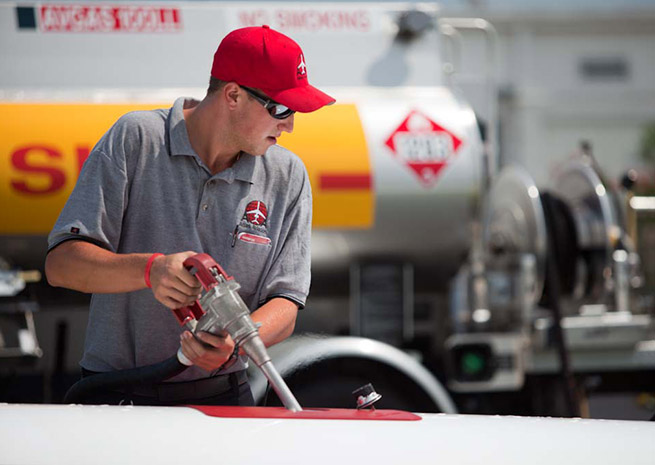