AOPA has notified Southbridge, Mass., officials that plans to ship a large volume of new solid waste to the municipal landfill must not trigger an attempt to close or limit the utility of the town’s airport, which has benefitted from millions of dollars in federal Airport Improvement Program grants.

Closing the airport would breach contracts the town signed to accept the grants, he said.

"In checking with the Federal Aviation Administration, we have discovered that the Town has accepted more than $4.4 million in federal airport development funding under the Airport Improvement Program (AIP)," he wrote in an April 22 letter to David S. Langevin, chairman of the town council. "When these funds were received, the Town agreed to a contractual obligation to operate the airport as an airport for a period of 20 years from the date of the last grant."

The most recent grant was issued in 2010, resetting the 20-year clock for Southbridge’s airport, he wrote.

In 2013 the landfill operator was granted state approval to expand the capacity of its landfill in Southbridge by more than a third, to 405,000 tons of municipal solid waste per year. In a Jan. 24, 2013, news release announcing the expansion, the Vermont-based landfill operator said the expansion was "expected to generate significant additional cash flow," and the company updated its fiscal 2013 guidance to reflect “a partial year benefit.”

An environmental organization that promotes recycling notes on its website that a proposed use of the facility would include 60 percent of the waste being shipped to the site from Boston, which it said has a "dismal" rate of recycling.

A previous capacity expansion for Southbridge was opposed in January 2012 by neighboring Sturbridge, which listed among its objections the "increased potential for birdstrikes" for aircraft using Southbridge Municipal Airport.

Dunn told the pilots based at Southbridge Municipal that AOPA’s letter to town officials "will put the matter of the town’s obligations under its grant contracts on the FAA’s radar" as the landfill expansion proceeds. 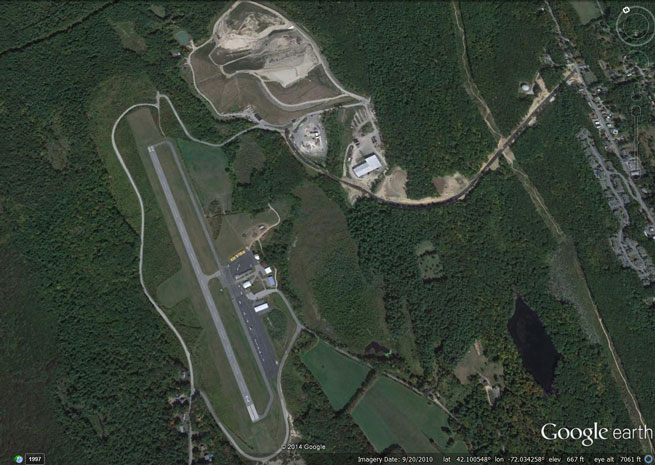 Dan Namowitz has been writing for AOPA in a variety of capacities since 1991. He has been a flight instructor since 1990 and is a 35-year AOPA member.
Go to Dan Namowitz's Profile
Topics: Airport Advocacy, Advocacy, FAA Funding