Growth in two key segments of the aircraft manufacturing industry in 2014 could set the stage for a "sustainable recovery" of the industry, but policymakers will have to do their part, said the General Aviation Manufacturers Association  in a mid-year report.

GAMA released the second-quarter General Aviation Aircraft Shipment Report, showing total deliveries of 1,110 airplanes, an increase of 4.8 percent over the same period in 2013, producing billings of $10.9 billion, a 4.5-percent increase.

For the first time, GAMA’s report included partial-year data on the rotorcraft manufacturing segment. Combined, there were 409 deliveries of piston and turbine helicopters for the first six months of 2014, representing $1.2 billion billed. The association previously published only annual rotorcraft shipment data. Providing the additional figures—there were 274 turbine helicopters and 135 piston helicopters shipped to date in 2014—"will help us better tell the economic impact story of this important segment," Bunce said.

GAMA released its report from EAA AirVenture in Oshkosh, Wis., where "enthusiasm toward the light airplane industry is clearly palpable," Bunce said.

"However, there is still a great deal of work that remains to make this recovery sustainable over the long term. This includes streamlining certification processes around the globe for both new production and equipage of safety-enhancing technology in the existing fleet."

To work toward that goal, he urged the U.S. Department of Transportation "to put high priority on their rulemaking processes to meet the December 2015 congressionally mandated deadline for full implementation of the Small Airplane Revitalization Act."

Bipartisan legislation being introduced in the Senate to reauthorize the U.S. Export-Import Bank for five years was "encouraging," and could "provide businesses with the certainty and predictability in financing they need as they plan their production schedules and future hiring for 2015 and beyond," he added. 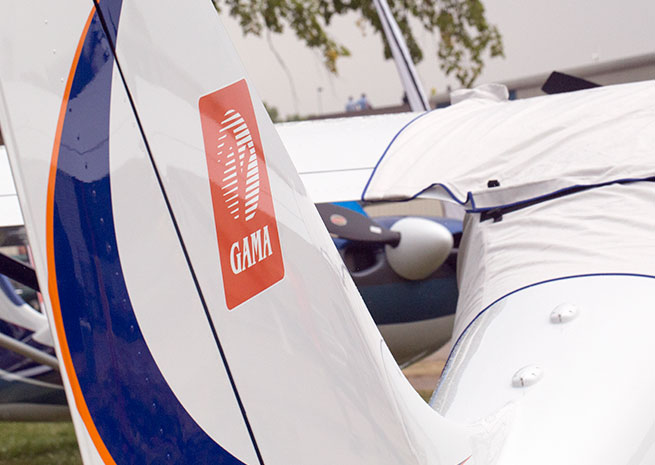 Dan Namowitz has been writing for AOPA in a variety of capacities since 1991. He has been a flight instructor since 1990 and is a 35-year AOPA member.
Go to Dan Namowitz's Profile
Topics: Financial, General Aviation Manufacturers Association, Aviation Industry