Get the app Get the app
AOPA Members DO more LEARN more SAVE more - Get MORE out of being a pilot - CLICK HERE
News & Media Waypoints: Get out of jail free

Waypoints: Get out of jail free

ASRS: Your government dollars at work

ASRS is a partnership between the FAA and NASA whereby pilots, controllers, flight attendants, mechanics, ground personnel, and just about anyone who has anything to do with aviation safety can report a safety situation without fear of retribution.

I could tell by the intensity of the controller’s command that something bad had just happened. “Bonanza Three-Six-Whiskey, climb now back to 5,000!”

I looked to my left at the PIC as he hauled the yoke back. A beat later, the controller continued. “You just descended into P-40.” Those of us who fly around the Mid-Atlantic region know that the prohibited area up to 5,000 feet over Camp David, the presidential retreat in Maryland’s Catoctin Mountains, is like some black hole that seems to suck pilots in. Only five miles in diameter as charted, P-40 underlies R-4009. The restricted area extends to 12,500 feet. When the president is there, a notam expands the airspace much wider and higher, but day to day, you can’t fly over the area below 5,000 feet and generally you can fly there between 5,000 feet and 12,500 feet only when on an IFR flight plan.

For a couple of seconds the PIC and I gave each other the deer-in-the-headlights look as the color drained from his face (and probably mine, too). Then the controller apologized for not warning us.

This incident happened well before the September 11, 2001, terrorist attacks when airspace violations in the Washington, D.C., region took on a new level of scrutiny and just before GPS and moving maps became common in many GA airplanes (not that that’s an excuse)—and long enough ago that I think the statute of limitations has expired so I feel safe in telling the story. I will keep the PIC’s name out of it as he now sits right seat in an Airbus for a major airline. Complicating things was the fact that I had filed the IFR flight plan from Buffalo, New York, to our home base of Frederick, Maryland, but at the last minute we decided it was his leg to fly. So any violation for the airspace bust could come back on me, given that my name was on the flight plan and it would be difficult to prove that I wasn’t flying the trip.

This clear autumn evening we were cruising at 5,000 feet and could see our destination about 15 miles to the south. We asked for a descent, but the controller refused without explanation. Clear and a million, I asked for and received an IFR cancellation with a request for continued traffic advisories. With that, I told the controller we were descending and we started down; seconds later the controller issued the command to climb.

While the responsibility definitely falls on the shoulders of the two pilots on board, I always felt the controller’s multiple apologies for not warning us meant that he felt a certain responsibility and guilt that it happened, and I wonder if he too didn’t do what the PIC and I did—which was to file a NASA Aviation Safety Reporting System (ASRS) form.

The NASA program’s monthly newsletter, Callback, turned 35 years old this summer and is one of the best examples of government dollars well spent that I can think of. ASRS is a partnership between the FAA and NASA whereby pilots, controllers, flight attendants, mechanics, ground personnel, and just about anyone who has anything to do with aviation safety can report a safety situation without fear of retribution. NASA personnel de-identify the reports and send a confirmation of receipt to the reporter. The reporter can then use that receipt to waive sanctions if the FAA comes after him for a violation related to the situation reported. There are some caveats, of course. The incident must have been unintentional, not leading to an accident, and not involving criminal activity, for example. First established by the FAA in the 1970s, the program was meant to allow a means of encouraging offenders to report incidents so as to give the FAA data to understand why violations happen. And it works.

The database now includes some 1 million entries, which the ASRS staff regularly mines to understand safety trends; you can, too, in the online database. The staff reports the findings through a number of means, including the monthly Callback newsletter, which always has a theme based on a number of related reports. The newsletter is well written and is often humorous. The thirty-fifth anniversary edition included a few funny entries caused by typos in the reports. For example, one pilot reported that a situation occurred because of carburetor ice. He confessed that it was his first time flying a “carbonated” airplane. Must be some new type of pressurization system?

If you’re aware of an unsafe situation or unintentionally bust a regulation, file a report. There is no limit on the number of reports anyone can file, although you can only use one to avoid a suspension every five years. NASA reports that the confidentiality of the system has never been violated. And while you’re at it, sign up for Callback. Get the details online.

Editor in Chief Thomas B. Haines has been flying in Washington, D.C., airspace for more than 30 years. 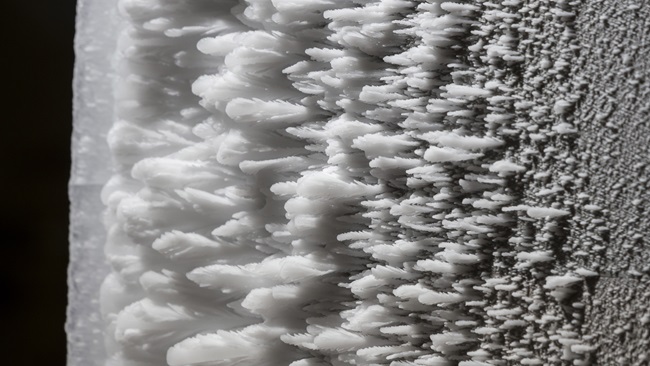