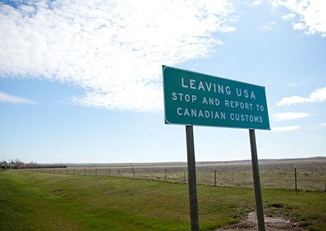 AOPA has been leading an effort to bring together government officials and other pilot groups in Canada and the United States to simplify border crossings for international GA flights.

The association joined with the Canadian Owners and Pilots Association (COPA) in urging the head of the Canada Border Services Agency to collaborate with U.S. Customs and Border Protection (CBP). The goal is to prevent duplicative processes as Canada builds its own Interactive Advanced Passenger Information system (IAPI), similar to the eAPIS system used in the United States.

In an Aug. 1 letter, the two pilot groups noted that the CBP’s eAPIS system, which has a 99.9 percent compliance rate for U.S.-Canada border crossings, already captures all of the information needed for IAPI. The letter asked that CBP be included in the IAPI General Aviation Working Group, which is soliciting input from the GA community regarding the requirements and implementation of IAPI. Both AOPA and COPA are part of the working group.

The letter followed a “Cross Border Summit” organized by AOPA and held during EAA AirVenture in Oshkosh, Wisconsin. During the summit, AOPA, COPA, and representatives of the Experimental Aircraft Association, National Air Transportation Association, and General Aviation Manufacturers Association met with leading industry experts in cross-border operations to explore ways to improve the experience for pilots and allow CBP to focus its resources on real threats.

AOPA and other GA organizations hope to move CBP to a risk-based approach to threat assessment and away from today’s one-size-fits-all model.

“We want to eliminate duplicate procedures, standardize the arrival experience, and make sure the level of scrutiny matches the potential threat,” said Craig Spence, AOPA vice president of operations and international affairs. “By working together with government officials and other pilot groups in the U.S., Canada, and Mexico, we can create an environment that simplifies cross-border travel and maintains security.”

Currently, general aviation is the only form of personal transportation that must comply with so many stringent rules regarding border crossings. Other types of vehicles, such as boats and cars, do not need to notify the U.S. Government in advance or supply passenger information when departing the country.