Get the app Get the app
Already a member? Please login below for an enhanced experience. Not a member? Join today
News & Media 'Air Boss' takes No. 1 spot on iTunes Reality TV charts

Show created by producer of 'The Aviators'

The new reality docuseries Air Boss was No. 1 on the iTunes Reality TV charts Aug. 2, mere hours after its online debut. Air Boss is a spinoff of The Aviators, a show produced by FourPoints Television Productions that is entering its fifth season.

The show follows Wayne Boggs, brother of Boston Red Sox legend Wade Boggs. He is the man who is at the center of activity during airshows and is responsible for orchestrating the airplanes.

Air Boss is the brainchild of Anthony Nalli, the executive producer and president of FourPoints. “I wouldn’t have expected the show to debut at number one. When season four of Aviators premiered online in September, it was number two. Only The Daily Show was above us,” he said. “This shows that people care about Air Boss and are downloading it. We already had a fan base with The Aviators, but we didn’t know what to expect with Air Boss. I knew our fans would download it, but I wasn’t sure the show would get the numbers that it did.”

Nalli got the idea for the new show during the shooting of season two of The Aviators.

“We were doing a segment on a look behind the scenes at an airshow, which featured pilot Mike Wiskus,” said Nalli. “In preparation for that, Mike suggested that we get in touch with the show’s air boss, Wayne Boggs. He said you don’t see the air boss, you watch the airshow, and he’s the one that runs it.”

It was originally supposed to be a one- to two-minute segment on the show, said Nalli. “It started out with me and a cameraman following Boggs for a few hours at Sun 'n Fun,” he said. “But I realized we needed to spend more time with him. We spent a full day with him, then another day.”

The segment grew into a whole episode on The Aviators, said Nalli. “Then the wheels started turning in my head when I realized that Boggs needed his own show focused on behind the scenes at airshows,” he said. “We now have six episodes of Air Boss, and it’s doing well. I hope we can do a second season.”

The show currently airs on the Travel Channel in the United Kingdom and Asia, as well as Discovery throughout Europe. Nalli continues to negotiate with broadcast networks to get the show on the air in the United States and Canada. Five subsequent episodes will be available each Saturday, which can be downloaded on iTunes. 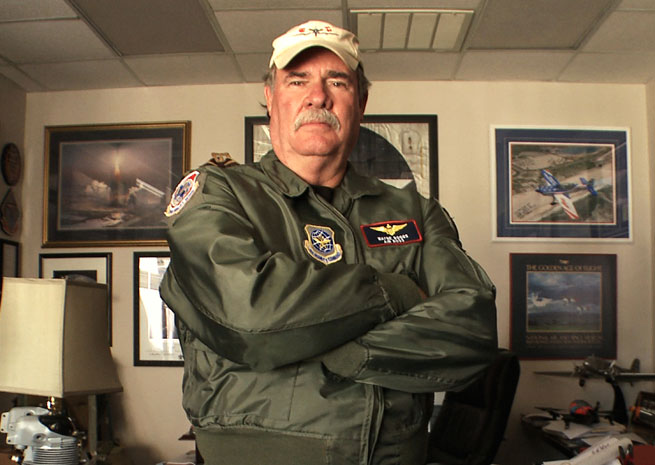