Get the app Get the app
Already a member? Please login below for an enhanced experience. Not a member? Join today
News & Media Scorpion tour seeks customers

Textron AirLand is not just sitting back and waiting for buyers to come looking at its two-seat twinjet made for military use: The Scorpion was flown during a National Guard training exercise held in Kansas in early August, part of an international demonstration tour that the company hopes will start the orders coming. 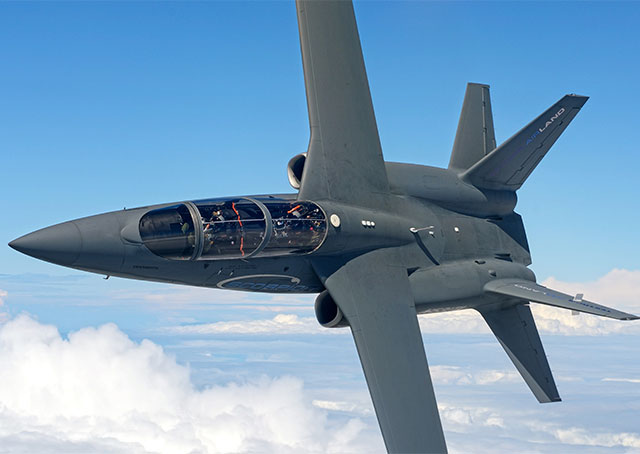 Textron AirLand will continue pitching the Scorpion for National Guard duty during the National Guard Association of the U.S. General Conference and Exhibition later in August, and then at the Air Force Association Air and Space Conference which draws top service officials in September. Textron AirLand also pitched the Scorpion’s virtues during the Farnborough International Air Show and Royal International Air Tattoo.

Textron reported that Scorpion has logged more than half of the 300 flight test hours planned for 2014; future tests will include live weapons drops (subject to government approval). Textron officials did not immediately respond to a request for more details about Scorpion's performance and missions flown during the National Guard exercise in Kansas.