Get the app Get the app
AOPA will be closing at 3:15pm ET Thursday, December 1st. We will reopen Friday morning at 8:30am ET.
AOPA Members DO more LEARN more SAVE more - Get MORE out of being a pilot - CLICK HERE
News & Media FAA warns flight sharing services

Editor's note: This article was updated Aug. 21 to clarify some of the legal issues involved.

The FAA has advised two online startups that participating pilots would violate longstanding regulations and legal principles by accepting passengers referred through the respective services, and sharing the cost of the flights with those passengers.

While each of the companies, based in the Boston area and operating for several months, maintains they are operating within the regulatory limits, FAA attorneys disagreed in legal interpretations written Aug. 13 to AirPooler, launched in 2013, followed by an Aug. 14 interpretation delivered to Flytenow, which went live in January. Officials from both companies disputed the FAA's legal analysis, and vowed to seek additional clarification. 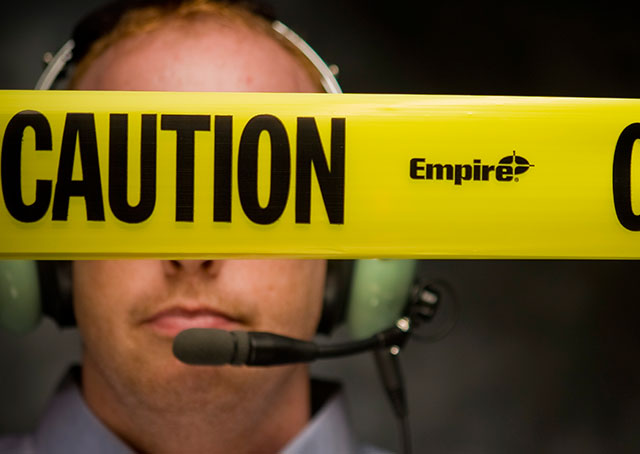 Both companies argued that their services, essentially online matchmaking for pilots and passengers interested in the same destinations (including local flights, in the case of Flytenow), do not constitute commercial transportation, noting that participating private pilots would pay at least their pro rata share of allowable expenses, as defined by FAR 61.113 (c).

FAA attorneys opined that there is another issue involved, regardless of a given pilot’s certificate level: Advertising upcoming flights, even if the pilot chooses the itinerary, constitutes “holding out,” a common law principle (that predates aircraft) in which transportation is offered to any and all who are interested. That, the FAA said, turns a private flight with shared expenses into a commercial operation (in legal terms, a “common carrier”) that requires a commercial operator or air carrier certificate as stipulated in Part 119. (There are a few exceptions that allow pilots to fly for compensation without holding a commercial operator certificate, such as certain air tours, flight instruction, aerial survey work, and others listed under Part 119.1, along with foreign operations covered by 14 CFR Part 375.)

In the interpretations provided to AirPooler and Flytenow, FAA attorneys cited Advisory Circular 120-12A, issued in 1985, which spells out this distinction:

“A carrier becomes a common carrier when it ‘holds itself out’ to the public, or to a segment of the public, as willing to furnish transportation within the limits of its facilities to any person who wants it.”

In its Aug. 13 opinion, the FAA noted that commercial operations (requiring certificates issued under Part 119) involve compensation. AirPooler had argued that expense sharing does not amount to compensation, but the FAA disagreed.

"Although the pilots participating in the AirPooler website have chosen the destination, they are holding out to the public to transport passengers for compensation in the form of a reduction of the operating expenses they would have paid for the flight," wrote Mark Bury, assistant chief counsel for international law, in the interpretation prepared by another FAA staff attorney.

The FAA maintains that its recent legal interpretations are consistent with responses to similar questions and requests for interpretation dating back decades.

The FAA addressed online advertising (holding out) of planned flights specifically in a 2011 interpretation (written by an attorney now retained by AirPooler.)

“While you offer no additional details about the nature of your post or how large your Facebook audience is, the FAA cautions that this type of advertising may be construed as holding out,” Rebecca MacPherson, then an FAA staff attorney, wrote in 2011. “Advertising is not confined to print media, such as magazines or newspapers, and advancing technology allows one to quickly reach a large audience through the electronic communications and internet posts. Additionally, even if you limit the transportation services to a class or segment of the general public (such as Facebook users), it may still be considered holding out if it expresses a willingness to provide transportation for all within this class or segment to the extent of its capacity.” (Emphasis contained in the original document.)

In its Aug. 14 response to Flytenow, the FAA elaborated:

“Holding out can be accomplished by any ‘means which communicates to the public that a transportation service is indiscriminately available’ to the members of that segment of the public it is designed to attract.”

The FAA has issued similar opinions dating to 1976, and possibly before. AirPooler argued that because passengers pay no more than their pro rata share of expenses (as required for operations by private pilots under Part 61), the pilots are not being illegally compensated, and therefore are not commercial operators. The FAA disagreed, explaining that cost sharing has always been considered compensation.

“A private pilot may not rely on that narrow exception to avoid the compensation component of common carriage,” Bury wrote. “For this reason, the FAA has required a private pilot to have a common purpose with his or her passengers, and must have his or her own reason for travelling to the destination.”

The ability to fly for hire remains a persistent source of confusion among pilots, including commercial and airline transport pilots. While commercial and ATP certificate holders are allowed to fly for “compensation or hire,” carrying paying passengers on flights from place to place that are advertised to the general public requires both the applicable pilot certificate and a commercial operator (Part 135) or air carrier (Part 121) certificate, issued either to the pilot directly or to the pilot’s employer. There are a few exceptions to this. Part 119.1 lists student instruction, nonstop commercial air tours that begin and end at the same airport (among other requirements), ferry flights, aerial advertsing, aerial applications (for agriculture or firefighting) photography, and a few other missions. In the case of tours, they must be conducted within a 25-statute-mile radius of the airport.

“Come Fly With Me,” a 2010 article in FAA Safety Briefing written by a senior FAA attorney, explains many of the legalities, and also notes additional considerations for pilots to ponder before accepting strangers as passengers: logbook hours can be deemed compensation, even if no money changes hands, and pilots can be cited for violations even if they flew solely for the benefit of someone else.

Furthermore, “not only will the FAA be unhappy if you conduct a commercial operation without an operating certificate, but if you are involved in an accident or an incident, your insurance company might be able to deny coverage for any claims made against your policy,” wrote Paul Greer of the FAA Office of the Chief Counsel. (He also included a link to a Web page where users can search official FAA interpretations for additional details.)

AOPA members have expressed similar conclusions (and related concerns) in a discussion on the topic in the AOPA Forum.