Get the app Get the app
AOPA will be closed July 4th, in observance of the Independence Day holiday. We will reopen at 8:30 am ET on Tuesday, July 5.
News & Media AOPA opposes Virginia development

A proposal to build up to 650 homes on nearly 232 acres south of the airport is incompatible with the long-established airport, AOPA told local officials in an Aug. 19 letter. The Stafford County Board of Supervisors is considering a zoning change that would open the door for residential construction near the airport, a decision that could be made as early as Sept. 16, according to the local newspaper. 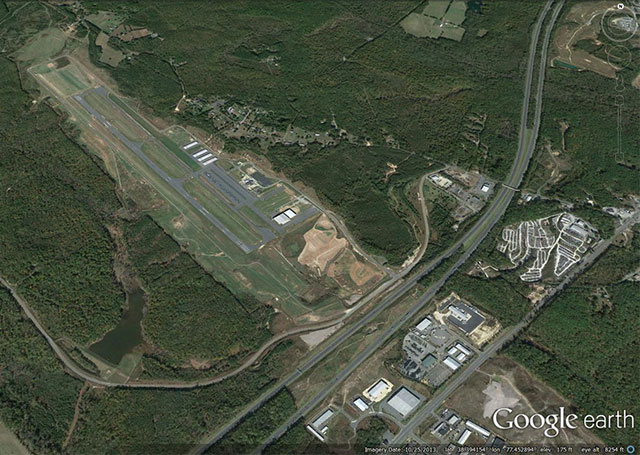 AOPA Manager of Airport Policy John Collins noted in his letter that allowing residential development near airports can create many headaches for local officials in decades to come.

“Stafford Regional Airport was deliberately located to ensure that encroachment would not be an issue, yet there continues to be efforts made to develop incompatible land uses around the airport,” Collins wrote. “Developers finish their projects and move on, leaving local government to deal with any resulting issues.”

Those issues typically include complaints from the new residents about noise, dust, and airplane traffic.

“It is our strong belief that development around an airport should consist of more compatible uses that do not place residents under, or adjacent to, the airport traffic pattern thereby creating a potential noise impact,” Collins wrote.

AOPA is not alone in opposing the development plan: State and local aviation officials have both expressed opposition, noting that the development plan would place hundreds of homes directly under the airport’s traffic pattern. County planning officials rejected the development proposal in July. The county is also working on compatible land-use guidelines, and AOPA urged local officials to wait for that study to be finished before making decisions on the use of property near the airport.