The Bonanza A36 is the heavy-hauling battlewagon for fighting headwinds. 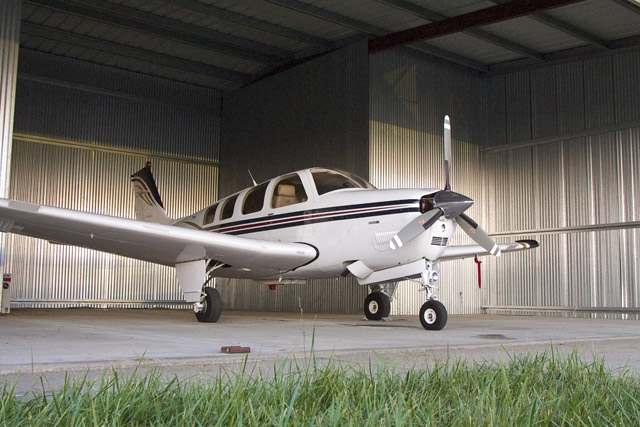 The Bonanza A36 is the heavy-hauling battlewagon for fighting headwinds. You still have plenty of speed left over with headwinds, while tailwinds can mean 200-knot groundspeeds. (It still can’t beat a Nascar racer.) The 300-horsepower Continental IO-550 engine (some have the 285-horsepower 520 engine) can run cylinder-cracking hot in warm temperatures, but an aftermarket cooling kit seems to cure the problem. Newer models are also the heavier models and tend to be truck-like in the air, but the Bonanza A36 is considered the reliable Cadillac of single-engine Beechcraft (Textron) airplanes.

Bob Ripley, a walking encyclopedia on Bonanzas, estimates the operating cost for the A36 at $125 to $150 an hour, assuming a 15-gallon-per-hour fuel burn. The number includes most expenses. For pilots with Bonanza time, insurance will cost from $2,500 to $3,000 a year. He notes that the few places in the country that rent Bonanzas charge from $175 to $225 per hour, wet (including fuel).

If you purchase one made in 1984 or later you’ll find the normal configuration of gear handle and flap handle. Nonstandard configuration caused pilots of earlier models to confuse the two controls. Also, you’ll have a control column that comes out of the center of the panel, rather than controls that must be thrown over from pilot to copilot.

Something you need to know, Ripley said, is that from 1964 to today, the Bonanza kept getting heavier. That means you may be flying with half tanks to carry a larger payload. Also, installation of the engine cooling kit from D’Shannon Aviation “is a must,” he said. “If you put the kit on it, that keeps your temperatures [under control].” Tip tanks, too? Ripley believes owners need to get out of the airplane every few hours, not make six-hour nonstop flights.

If you find a Bonanza with a Continental IO-520 engine producing 285 horsepower, you may wonder if you should upgrade to an IO-550 engine, producing 300 horsepower, for the better climb rate. The IO-520 can be converted to a 550 for more power, but you’ll pay the price in fuel, Ripley said. Your speed gain between the 520 engine and the 550 engine is six or seven knots, he added.

How many in the fleet?

Earlier Bonanzas had two important airworthiness directives. One is for the wing spar, which must be inspected in four different places, and the other is for the rudder. Repairs can reach $5,000. The rudder AD requires the installation of two brackets for $475, and once the installation is done no further compliance with the AD is required.

What else to consider

Beechcraft Bonanza F33 or the Bonanza BE35, the V-tail model. 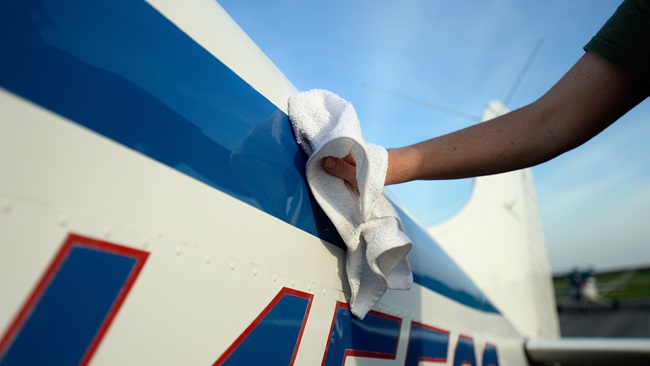