Get the app Get the app
Already a member? Please login below for an enhanced experience. Not a member? Join today
News & Media Pilot's descendants work to save his airport

Pilot's descendants work to save his airport 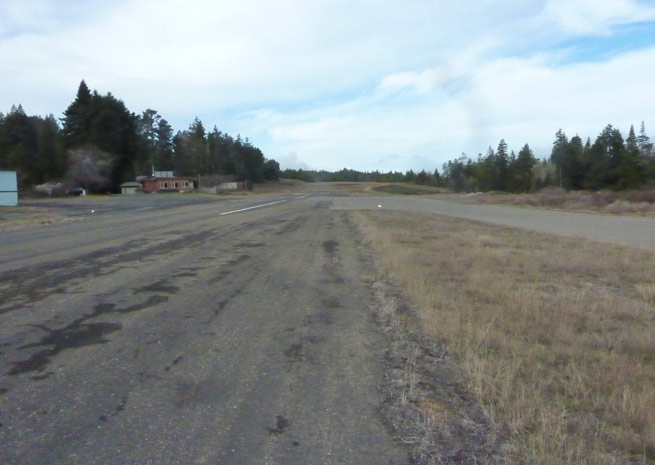 Julie Bower takes pride in knowing that the family-owned airstrip, situated in a redwood grove on California’s northern coast, is prized as a local asset that boosts area tourism and serves firefighting and rescue teams. But it took an aerial view from a local pilot’s airplane to help her see what makes Ocean Ridge Airport, in the Mendocino County community of Gualala, truly unique.

"It was fun to see how remote we are, to see the dense redwood trees," she said in a phone interview. "It’s nice to know we’re secluded from busy cities and all of that. It’s a gem."

Located a mile from the Pacific Ocean, and 940 feet above sea level, Ocean Ridge Airport sits "above the fog, beyond the smog," as a slogan on an old postcard declares.

That remains an advantage over lower-lying fields along the coast. But now the airport—built in the early 1960s to serve a coastal golf resort that was never completed, then acquired by a family whose current generations don’t fly—faces a new challenge. The 2,500-foot-long runway surface must be brought up to standards with extensive repairs following a state compliance inspection conducted last August.

Ocean Ridge’s supporters, now including an airport association, are hard at work seeking to raise the $60,000 needed to bring the airport back in line with California’s standards for a privately owned, public-use airport.

And the clock is ticking down to a deadline of September 2014. 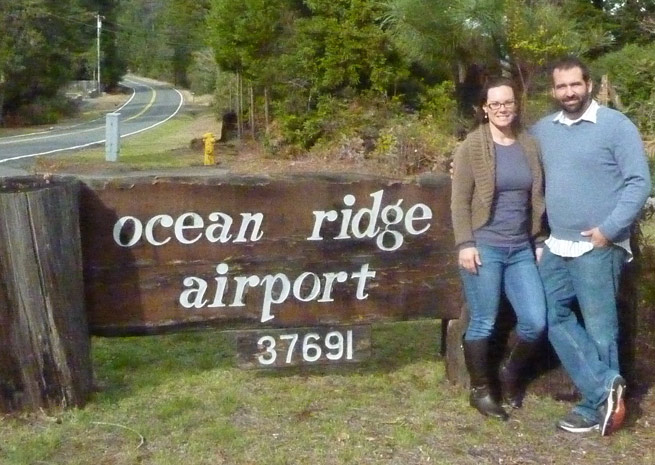 John J. Bower, a pilot and the grandfather of Julie’s husband David, bought the airstrip from its builder, whose dream of a nine-hole golf course and resort served by a coastal airstrip dried up along with the wells that the builder had counted on to water the greens each summer. The golf course site is now known as Bower Park.

Hangars were built at Ocean Ridge when the next generation of the Bower family took over the airport’s management. There was a nominal tiedown fee, but in the old days, it was loosely enforced. The airport has always been in the family for the community, said Julie. The Bowers "never expected to make money from it."

Users understood when the rates eventually went up to more competitive levels, she said. Today there are about nine aircraft based at Ocean Ridge. During the busy season, when tourists and second-home owners fly in, all available tiedown spaces may become filled, she said.

After the state inspection the airport faced two solutions: a complete rebuild—out of the question at almost $2 million—or a more manageable method consisting of fixing cracks, filling pot holes, slurry-sealing the entire runway surface, and replacing nonstandard runway markings to FAA standards. The airport is not eligible for government airport improvement funding.

Last September, airport manager John H. Bower notified the California Department of Transportation that it was users’ intention to make repairs, and that an informal airport association had been formed with the goal of raising the necessary resources.

Bower—who earned praise in a letter from Caltrans for his cooperation with the state inspection—also told officials that a local fire department and a life support organization regard the airport "as a vital link in our local infrastructure." The population of unincorporated Gualala is listed as 2,093 people, according to 2010 statistics.

If the Bowers are to have another pilot in the family, signs point to Julie. She says she would love to earn a pilot certificate someday—perhaps a natural new chapter in the unfolding history of the Bowers and their devotion to Ocean Ridge Airport.

"We are in this for the long haul," she said. "We want to keep the airport as a community asset, because that’s what this family does."