The owners of three small aviation companies testified before the House Committee on Small Business Feb. 5, telling congressional leaders that regulatory and policy changes are needed if their businesses are going to thrive. Their testimony was part of a hearing on the FAA’s impact on small businesses in the general aviation industry led by Committee Chairman Sam Graves, an AOPA member who also co-chairs the House General Aviation Caucus.

“Many in the industry see the Federal Aviation Administration as out-of-touch, and the agency’s inefficiency and arbitrary decision making is a real problem for small operators,” said Graves. “Whether it is the delays in the medical or aircraft certification process, the inability of the FAA to implement new technologies to enhance safety, or the inconsistencies in airworthiness standards from region to region, small general aviation businesses are negatively affected.” 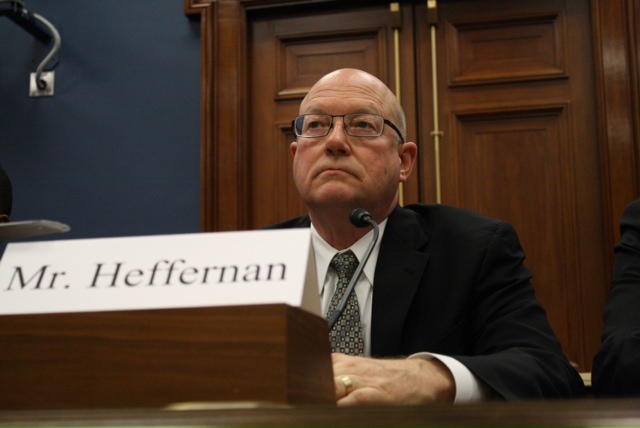 Austin Heffernan, owner of Royal Aircraft Services, a certified repair station in Hagerstown, Md,, represented AOPA at the hearing. He told the committee that he is unable to replace outdated equipment in certificated airplanes even when better, less-expensive technology is readily available to the owners of experimental aircraft. The reason, he told the panel, is that certification hurdles are so high that manufacturers can’t afford to seek the necessary FAA approvals.

To make matters worse, he noted that even when new equipment is installed in older airplanes, its usefulness may be limited because it cannot legally replace the less accurate and less capable primary instruments that came with the airplane decades ago.

Heffernan asked committee members to support businesses like his by encouraging the FAA to change its policies, guidance, and regulations in ways that will encourage the use of modern technology in older aircraft.

He also urged decision makers to consider resolving the internal issues that are preventing and delaying the issuance of required FAA approvals to some businesses. The FAA has a backlog of more than 1,000 air agency certificate applications and many businesses, including charter and on-demand operations, some flight schools and training centers, and repair stations, can’t open or expand without an air agency certificate.

John Uczekaj, president of Aspen Avionics, who represented the General Aviation Manufacturers Association at the hearing, expressed similar sentiments, telling the panel that businesses like his lose hundreds of thousands of dollars each week because of delays in the FAA approval process.

And Jamail Larkins, president of Ascension Aircraft, who represented the National Business Aviation Association at the hearing, agreed. He warned that FAA delays have hamstrung job creation and growth.

During the hearing Heffernan also used the opportunity to thank lawmakers for their efforts to free thousands of pilots who fly recreationally from the hassle and expense of getting a third-class medical certificate. The General Aviation Pilot Protection Act (GAPPA), legislation co-sponsored by Graves and AOPA member Rep. Todd Rokita (R-Indiana), currently has 31 co-sponsors and continues to gain support.

Rep. Chris Collins (R-New York), a committee member and inactive pilot, is also a cosponsor of the Rokita bill and said the third class medical “is just government intrusion into someone’s personal hobby” and noted that other forms of recreation, like boating, don’t require the operator to have a medical exam or certificate. Collins asked the witnesses to comment on the General Aviation Pilot Protection Act. Heffernan responded that the third class medical regulations are a distractor to business and just one more hurdle for pilots. Larkins said he’s had some clients exit the fractional business because of concerns with getting their third class medical certificate.

Rep. Richard Hanna (R-New York), another AOPA member and strong advocate for general aviation who is also cosponsor of the General Aviation Pilot Protection Act, said general aviation is not as affordable now in part because of FAA regulations, and there is a need to get more people flying.

Aviation user fees were also a topic of discussion at the hearing. Hanna noted that he has flown through Canada, which collects user fees, and finds the system restrictive to a pilot’s movement.  He pointed out that Canada’s aviation system is less efficient with user fees.