Get the app Get the app
AOPA will be closed July 4th, in observance of the Independence Day holiday. We will reopen at 8:30 am ET on Tuesday, July 5.
News & Media NavWorx ADS-B at FL950

Device made for GA performs at extreme altitude 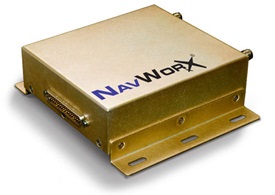 It is unlikely that any other automatic dependent surveillance-broadcast (ADS-B) transceiver designed for general aviation has flown higher than the ADS600-B designed by NavWorx.

The Rowlett, Texas-based company recently announced that its universal access transceiver (UAT) performed well at 95,000 feet, where it was incorporated in a system designed to test the feasibility of using ADS-B technology in high-altitude systems such as commercial spacecraft and weather balloons. NASA designed the experiment in conjunction with the FAA to validate the practicality of using satellites to augment ADS-B ground stations, and contracted Near Space Corp. of Tillamook, Ore., to fly the instrument package (including the NavWorx device) to the edge of space. The balloon was visible to Seattle controllers during its 150-mile flight, and exchanged data with 18 FAA ground stations along the way.

NavWorx announced FAA certification of the ADS600-B last year. The device, with a base price of $2,595, provides a full range of ADS-B In and Out functions, delivering inbound traffic and weather data to onboard systems (with a WiFi option for portable devices), and transmitting outbound position data that satisfies the coming FAA mandate (aircraft will be required to have ADS-B Out capability to operate in any airspace where Mode C is currently required, along with some areas over the Gulf of Mexico, beginning Jan. 1, 2020).

“NavWorx is pleased to participate in the NASA study with our ADS600-B Universal Access Transceiver,” NavWorx President Bill Moffitt said in a news release. “We have developed the unit to take full advantage of the features of ADS-B in the future national airspace system.”