Get the app Get the app
AOPA will be closed July 4th, in observance of the Independence Day holiday. We will reopen at 8:30 am ET on Tuesday, July 5.
News & Media President's Position: More than we asked for

President's Position: More than we asked for

Why is GA a target?

It’s not too often that you get more than you ask for.

It’s not too often that you get more than you ask for. But right now the whole general aviation community is getting more than we’ve asked for—or want—when it comes to government interference. Specifically, I’m talking about the monitoring, stops, and searches of general aviation pilots and aircraft without probable cause or reasonable suspicion of illegal activity.

It’s hard not to feel just a little bit persecuted when Customs and Border Protection (CBP), Immigration and Customs Enforcement (ICE), and other Department of Homeland Security (DHS) personnel and law enforcement agencies are stopping GA pilots with impunity, even when the agencies can’t seem to explain why.

Not too long ago we heard from two people who got the scare of their lives after one of them had made a routine GA flight from Colorado to the Chicago area. They were driving away from the field when a dark SUV raced up behind them, tailgating so closely they feared they’d be hit. They soon realized the SUV was a law enforcement vehicle, so when the lights went on, the couple pulled over to the side of the highway.

That’s when they were approached by officers with guns drawn, who indicated the couple should get out of the vehicle. The pair complied and, feeling intimidated and knowing they had nothing to hide, agreed to a warrantless search of their vehicle. Forty minutes later, they were allowed to leave. No evidence of illegal activity was found.

In all, some 25 vehicles and 40 law enforcement personnel were involved in the stop, and the only reason they gave for this massive (mis)use of resources was that the flight had been tagged as suspicious.

I find this more than a little disturbing. And for the law-abiding folks who lived through it, it had to be downright terrifying.

When we first started getting reports like these, it seemed that some overzealous CBP agents might be to blame. But the problem just keeps growing, with incidents all across the country and multiple DHS agencies involved—so we can’t put it down to a few rogue agents.

On the face of it, the whole thing seems so outlandish that when we first started telling friends in Congress about these incidents, they had a hard time believing what we were saying. After all, Fourth Amendment protections from unlawful search and seizure are absolutely fundamental to our principles as a country. It’s hard to imagine a whole agency—or worse, multiple agencies—systematically violating those protections. But as the reports kept coming in and we were able to verify the details, Congress started taking notice.

Incidents like this one can’t go unchallenged, and we’re using every means at our disposal to make sure they stop.

Since we last provided an update in AOPA Pilot, we’ve filed new Freedom of Information Act requests to get more details about recent stops and directed new complaints to the heads of agencies involved (see “Fighting for Your Freedom,” February 2014 AOPA Pilot). But this has gone way too far to be dealt with on an ad-hoc basis, so we’re planning to take our concerns to the very highest levels within DHS. We’re also looking to general aviation supporters in Congress, asking the FAA to weigh in, and considering other options.

In the meantime, the various DHS agencies continue to insist that FAA regulations and statutes give them the right to make these stops. But the FAA has made it clear that it has not asked DHS or anyone else to help them enforce the regs. That means the law enforcement agencies making the stops need to have the authority to act in the first place—and nothing in the FARs gives them that authority.

Right now, GA seems to be singled out for this kind of treatment. We are far more closely scrutinized than boat operators, motorhome drivers, and others engaged in recreational transportation. It begs the questions why and who’s next? Will boaters have to worry about being stopped and boarded just because they’re out enjoying the sunshine? Will drivers be pulled over and searched because their route is “suspicious”?

GA is a small community, and that can make it seem like we’re an easy target. But we won’t stand by while we’re targeted for unjust treatment by the very people charged with defending our country and the freedoms that make it great. Stay tuned. This isn’t over, not by a long shot.

AOPA President Mark Baker has been flying for more than 35 years and has more than 7,500 flight hours. 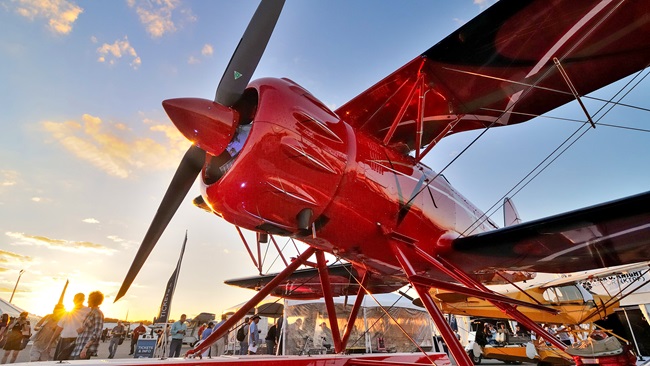