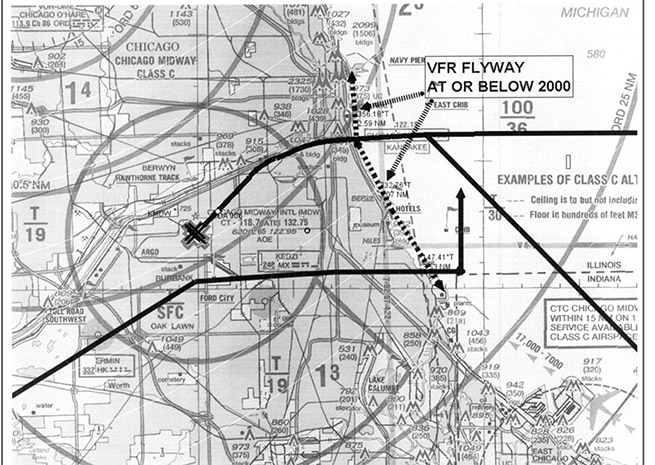 The FAA has implemented a new approach flow from the east into Chicago Midway Airport, and issued a letter to airmen detailing changes that affect a popular VFR flyway along the Lake Michigan shoreline.

Arrivals inbound to Runway 22L at Midway will cross the shoreline (from Navy Pier south to Gary/Chicago International Airport) between 2,400 and 3,000 feet msl. The currently published terminal area chart includes a VFR flyway on the reverse, a route that hugs the shoreline with a recommended altitude at or below 2,500 feet msl.

Pilots flying VFR in the area should monitor Midway’s ATIS and note that when Zulu and Yankee approaches are announced, that means the new traffic flow is likely in use. The new flow is expected to be utilized about 3 percent of the time.