Get the app Get the app
Already a member? Please login below for an enhanced experience. Not a member? Join today
News & Media Never Again: Missed signals

I’ve spent all of my life around the family automotive business, and I’ve come to appreciate an adage passed down to me by my father. 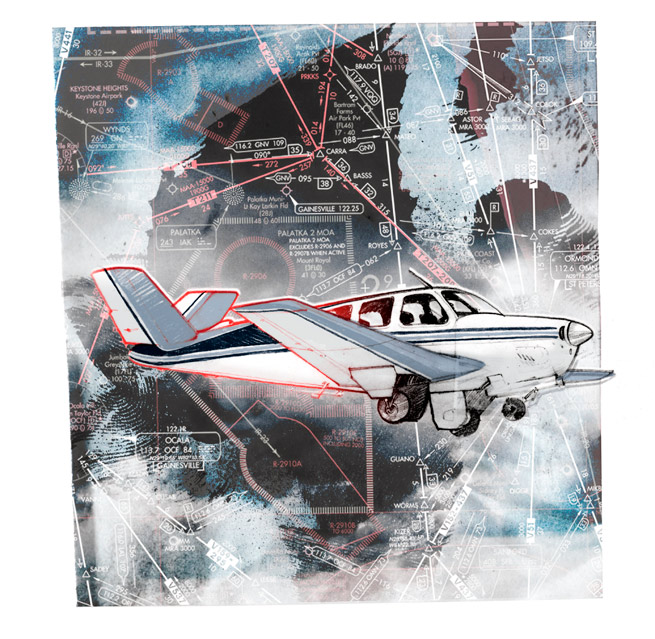 I’ve spent all of my life around the family automotive business, and I’ve come to appreciate an adage passed down to me by my father. He taught me that if you’ll just pay attention, most mechanical systems or devices will give you some warning before they fail completely.

We had just replaced the engine monitor in my Beechcraft Bonanza P35. An A&P friend is kind enough to let me indulge my tinkering urge by doing lots of the grunt work under his supervision. This job had involved routing the new wiring harness through the firewall and to the back of the panel for the hookup.

After a flight test and the requisite paperwork, I was anxious to get acquainted with the monitor, so I decided to head from my home base in Melbourne, Florida, to Palatka, which would give me a half-hour each way of level cruise.

It was marginal VFR, which meant some good IMC practice. During the runup, I noticed that something didn’t appear quite normal in the electrical system. Wasn’t that voltage a little lower than normal? Did the ammeter show a little less than typical charging output? Oh well, there will be time to check up on that later—they weren’t that far out of range. Besides, with the new installation, maybe I’d get used to seeing some slightly different values in the charging system.

I got my clearance and launched into a 2,000-foot broken layer, which proved pretty solid on up to my cleared altitude of 5,000. All attention was focused on the new engine monitor anyway, and it was working great. Again, I wondered why it was showing bus voltage so low, but I concluded that the tremendous accuracy of all this new information was just going to take some getting used to.

Overhead Daytona I broke out of the soup and could see that I was going to have maybe five to 10 miles of VMC with ground contact before reentering the scattered to broken clouds as I turned inland at Ormond toward Palatka. While preparing to reenter IMC, making sure I had the approach loaded and ready to activate, I glanced down at the new engine monitor. Darn thing’s showing bus voltage down around 10 volts and falling—wait a minute! Ten volts? No, 9.8! It was a charging system failure of some sort. How could I have been so preoccupied?

Time to come up with a plan—quick. Thoughts started tumbling around in my head even faster than the voltage was dropping. The clearance limit at Palatka was almost certainly under instrument conditions and possibly about to go IFR. I had good ground contact for a small radius over Ormond Beach. With voltage falling fast, should I follow my clearance into the soup or divert here? Easy answer.

Approach was going to want to know what’s up soon and I doubted I had many transmissions left before I lost communications. IMC was about two miles ahead, and voltage was around 9. “Daytona Approach, Six-One-Romeo-Papa’s working an electrical issue here, need to divert and descend….” No side-tone, and the GPS was starting to flicker. Eight volts and dropping. Better get that 7600 code into the transponder before it goes down too.

After getting the gear cranked down and going through the emergency checklist during descent, I headed for Ormond Beach Airport and got an immediate green light from the tower in answer to my vigorous wing rock. Upon parking, I expected to find a shredded alternator belt when I opened the cowl. Finding the belt intact, it only took a minute more to locate the real cause of the problem. A broken wire at the ring terminal on the alternator had been weakened and frayed by excessive flexing. We had moved the wire around considerably during the engine monitor installation, and all it took was a little more vibration time to finish it off.

The main takeaway from this incident is how close it came to becoming a true emergency, and how it could have been avoided if I had just been paying attention to my machine.

Even if the weather had been solid IMC all along the route, I probably would have launched anyway, as I relish the chance to log actual instrument time whenever the opportunity arises. In this instance, having to land the airplane with no electricity in hard IMC at an unfamiliar field would have been a different matter entirely. The lucky little VFR hole right around the spot where the failure could no longer be ignored made the event much more manageable.

I could have avoided the mishap if I hadn’t been too focused on the new instrument to pay attention to the old ones. It was careless of me to proceed without returning to the hangar and checking on the cause of the low voltage and amperage levels when I first noticed them. Even though they weren’t that far out of normal range at the time, they still served adequate notice that something wasn’t right. Another clue came in the initial climb when I noticed the low bus voltage reading on the new monitor, but again I hit the mental snooze button.

Randy Carmichael is an instrument-rated pilot who lives in Melbourne, Florida. He has logged approximately 1,600 hours, most of which are in P-model Bonanzas.

Digital Extra: Hear this and other original “Never Again” stories as podcasts every month and download audio files free from our growing library.