Get the app Get the app
AOPA will be closed July 4th, in observance of the Independence Day holiday. We will reopen at 8:30 am ET on Tuesday, July 5.
News & Media Eclipse 550 gains approvals 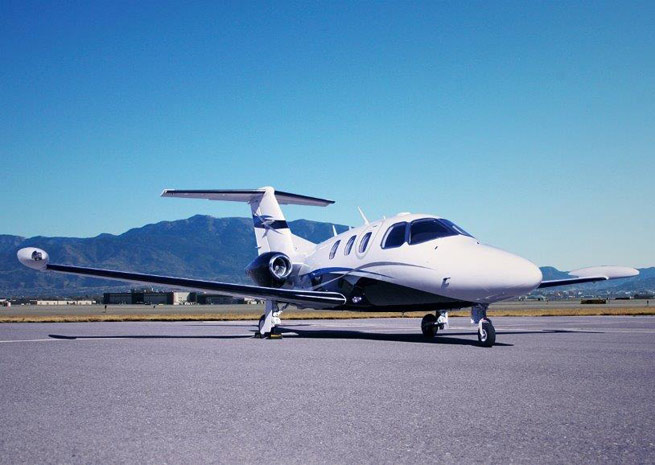 The autothrottle system is a first for a Part 23 aircraft, the company announced, and will include overspeed and underspeed protection, and reduce pilot workload. The Eclipse 550, priced at $2.895 million, offers many upgrades and enhancements to the Eclipse 500 airframe, and made its debut at the National Business Aviation Association convention in Las Vegas in November, with a ringing endorsement from Iron Maiden rocker Bruce Dickinson, who is also an Eclipse pilot and investor in the company’s European dealer network.

The anti-skid brake system is also a general aviation first, in that it does not require a complex aircraft hydraulic system to operate. The braking system can stop the 6,000-pound aircraft from normal landing speeds in 700 feet on a dry runway, and can also be retrofitted in the existing Eclipse 500 fleet in conjunction with the updated avionics package.

“The development and certification of these new technologies is the result of a great team effort between Eclipse, Innovative Solutions & Support, Advent Aerospace, and the FAA. The addition of these new technologies exemplifies our commitment to build the safest, simplest to operate, jet in the world.” said Cary Winter, Eclipse Aerospace senior vice president of manufacturing, engineering, and technical operations, in a company news release.

The six-seat jet can climb to 41,000 feet and cruise at 375 knots burning 59 gallons of fuel per hour. It is designed for single-pilot operation.