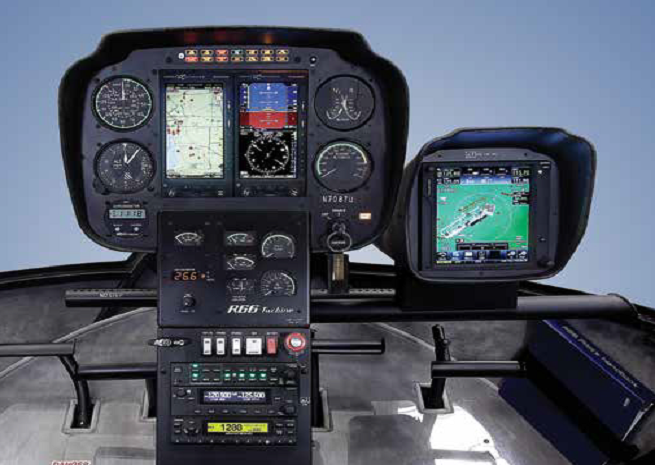 Glass may be commonplace in airplanes, but in the light helicopter segment it’s been pretty much nonexistent until now. Among the many announcements at the 2014 Heli-Expo in Anaheim, Calif., is a series of new panel upgrades for piston and light turbine helicopters, with each company taking a slightly different approach.

Robinson chose to go with Aspen Avionics for its new panels, available along its full product line of the R22, R44, and R66. The Aspen units will be driven by Garmin’s GTN 600/700 touch-screen integrated navigators. Because space is at a premium for helicopters, Robinson had to redesign the instrument panel to be able to accommodate the new screens. All the new equipment will be sold as optional.

Scott’s Bell 47 took a different angle with its new instrument panel, going with Sagem as a factory-installed option. Company President Scott Churchill said he really likes the flexibility of the system and the support he thinks Sagem will provide to customers. Given the company’s unique business of both supporting old Bell 47s and working on producing factory-new models, the options are somewhat complicated. Churchill said the Sagem panel will not be available as a retrofit, although he did say they have introduced solutions for those outdated instruments. Instead he is focusing on the new aircraft, where he says training customers will expect the modern technology.

Finally, Sikorsky may not be developing the S-300, but users in the field are. The University of North Dakota, which operates eight of the trainers, has developed a supplemental type certificate to enable installation of the Garmin G500H system. The school has already transitioned three of its aircraft to the glass configuration. An instructor there said it makes financial sense to put glass on the older airframe because most instrument training was happening in the much more expensive Bell 206. By adding glass to the S-300 it enables the school to offer students a cheaper instrument training option.