Get the app Get the app
Already a member? Please login below for an enhanced experience. Not a member? Join today
News & Media San Diego finalizes rule to vet flight schools 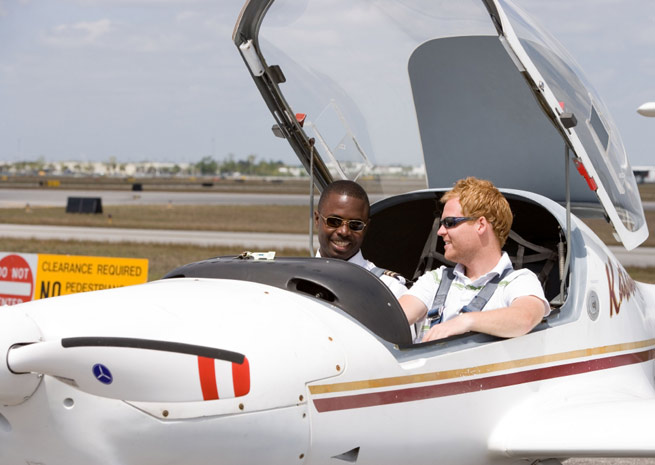 Despite opposition from AOPA and its local allies, the San Diego County Board of Supervisors on Feb. 26 for the second time voted unanimously to impose local certification requirements for flight schools training foreign students. The vote finalized the ordinance, which requires every flight school operator and independent flight instructor training foreign flight students at a county airport to annually certify to the county their compliance with all foreign flight student screening, vetting, and/or monitoring requirements. The requirement will be reviewed after one year.

The 5-0 vote to enact the measure came despite fierce opposition from local pilots and national aviation organizations. On Feb. 24, AOPA sent an email to members in the San Diego area encouraging them to contact the board of supervisors and express opposition to the ordinance, but those contacts were not enough to sway the board.

A similar statute enacted by state lawmakers in New York was struck down by a federal judge after AOPA filed suit in 2007. AOPA argued that the state law in that case usurped federal authority, was redundant, and imposed a significant burden on flight schools. The court found the New York statute unenforceable, and unconstitutional.

In a letter to the county supervisors, Greg Pecoraro, AOPA vice president of airports and state advocacy, wrote that, while well intentioned, “the proposed ordinance is totally redundant to existing federal requirements” and advised them that “while doing nothing to improve aviation security, it will have a chilling effect on prospective student pilots, as well as an adverse business effect on flight schools, fixed base operators, and independent flight instructors in the county.”

The ordinance was also opposed by the Experimental Aircraft Association, the National Association of Flight Instructors, and airport advisory committees at several of the affected airports as well as flight school owners and others in the local aviation community.

With the new rule in place, AOPA is reviewing its options and will continue to work with local advocacy groups to mitigate the impact of the ordnance.