Get the app Get the app
AOPA will be closing at 2:30pm ET Wednesday, November 23rd, and will remain closed Thursday and Friday in observance of the Thanksgiving holiday. We will reopen Monday November 28th at 8:30am ET.
AOPA Members DO more LEARN more SAVE more - Get MORE out of being a pilot - CLICK HERE
News & Media Parachute boosts useful load 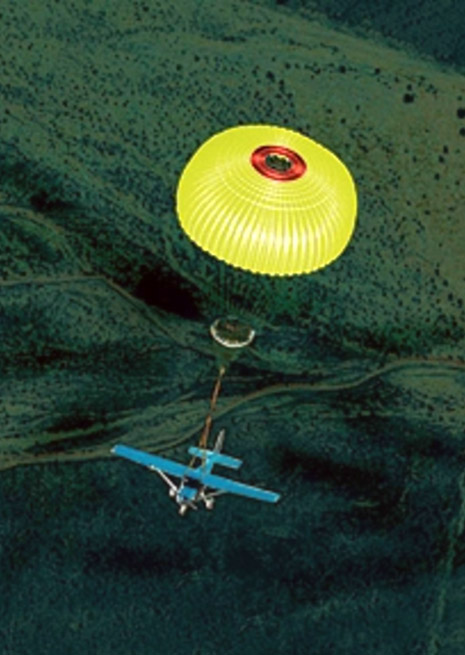 Owners of Cessna 182P and Q models who opt to install a parachute (ballistic recovery system) from BRS Aerospace will now get the added benefit of an increase in both gross weight and useful load.

The Minnesota-based company announced Jan. 6 that a combination of supplemental type certificates—one for the parachute system itself, and a second that increases the maximum weight without requiring changes to the airframe—will boost the net useful load of applicable Cessna 182 models by 65 to 75 pounds after installation of the parachute system, with a 160-pound increase in gross weight.

Company founder Boris Popov said the weight increase is allowed under an STC originally obtained by an individual whom he declined to name that basically restores the maximum weight of Cessna 182P and Q models to the original Cessna 182 series design specifications without aircraft modification. Popov struck a deal to include the weight increase STC with the STC for the parachute system, which costs $14,999 for parts and paperwork. (Installation typically requires 30 to 40 hours of labor.)

“We’re not raising the price to give this extra useful load, which is a real bonus,” Popov said. “It’s a win-win.”

BRS is also working to expand the availability of whole-airframe parachute systems to other general aviation aircraft, with development of a BRS system for the Cessna 206 well under way, Popov said.

Over the past three decades, BRS has developed aircraft parachutes for many aircraft, ranging from light sport aircraft to Cirrus models. Popov said a surprising number of the nearly 30,000 installations to date have actually been used—as many as one in 100, based on his research.

“That’s pretty startling,” Popov said, adding he had refrained from highlighting that statistic in the past out of sensitivity for the issues surrounding GA safety. “I’m not going to be quiet anymore because it’s a fact, and I can prove it.” 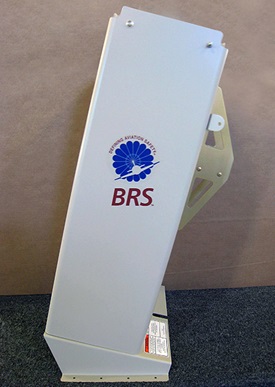 A weekend accident involving a Cirrus over West Virginia is the latest example of a successful BRS activation. Popov said another recent activation in France added two more lives saved to the growing list, and those who have used the system typically become his strongest advocates. While some pilots may still bristle at the notion that an airframe parachute is “essential” safety equipment, Popov said it has been used by many highly skilled pilots who found themselves in a situation where pulling the chute gave them a better chance of walking away, even if the aircraft might have been safely landed by traditional methods. It has been used to good effect even at low altitudes, including by pilots who lose control on the rollout.

“There is no minimum altitude. Anytime you feel you lost control of your airplane and you don’t feel like you can regain control, you pull the parachute,” Popov said. “It’s an expensive drag chute, but it’s going to slow you down.”