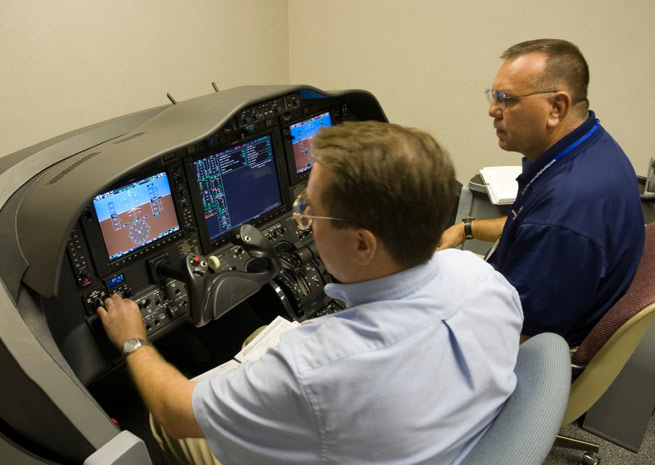 AOPA is asking the FAA to rescind its new training standards for the instrument rating and allow students to log more simulator time. The agency recently revised its standards to reduce the number of simulator hours that could be logged for aspiring instrument pilots. But AOPA and other aviation advocacy groups say simulators are an effective and cost-efficient way for students to learn.

“Simulators are a low-cost way for students to experience a wide range of flying conditions they might not otherwise experience during their training,” said David Oord, AOPA manager of regulatory affairs. “Regardless of how an airman is trained, he or she must be evaluated during the practical exam to ensure they possess the correct knowledge, skills, and risk management needed for a certificate or rating. The agency should afford the training industry the flexibility to train pilots using a variety of new and innovative ways. Only through new thinking and innovation will we collectively rise to the next level of safety.”

Ultimately, AOPA argued in a letter opposing the policy, it is what a pilot knows, not how he learned it, that counts.

The new policy, effective Feb. 3, will reduce simulator time that can be logged from 20 hours to 10 for the instrument rating. The policy statement was released unexpectedly last week, prompting an outcry from the general aviation community.

“Reducing the amount of simulator time allowed flies in the face of common sense, especially today when improved technologies and training techniques make it more effective than ever,” said Oord. “That’s why we’re asking the FAA to immediately rescind the new policy statement, begin an expedited rulemaking process that would let students get credit for 20 hours of simulator training for the instrument rating, and then reissue the letters of authorization needed for flight simulators to be used for the higher level of credited time.”

Although the rule under Part 61 already allows for only 10 hours of simulator time to be logged toward the instrument rating, the FAA has issued letters of authorization (LOAs) to simulator manufacturers for more than 30 years. Those LOAs have increased the allowed time to 20 hours for specific simulators, but because they have been issued on an individual basis for so long, there are now a variety of letters in circulation with different stipulations and requirements, and some without expiration dates. Using the rulemaking process to make 20 hours of simulator time loggable a part of FAR Part 61.65(i), then reissuing letters of authorization for approved training devices, would allow the FAA to standardize its requirements without penalizing students.

AOPA has long advocated for the use of simulators as cost-effective means of training that allows pilots to experience a wide range of weather and wind conditions not necessarily available while flying “under the hood.”