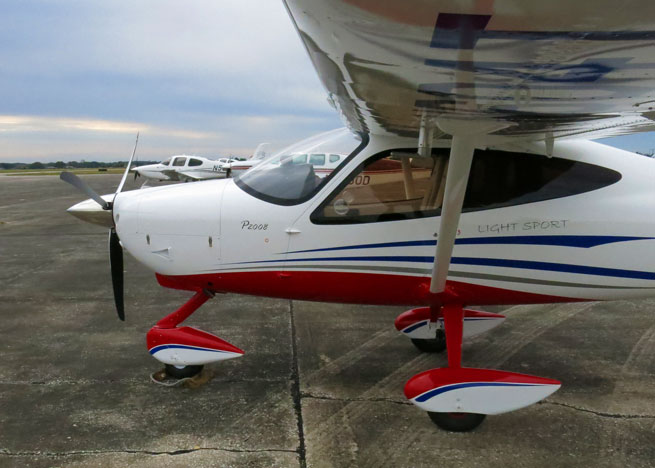 Tecnam names its aircraft for the year in which they were designed, which explains why the company's turbocharged model is the Tecnam P2008 TC. The company offers a large selection of aircraft, from less expensive trainers to this one, positioned as a luxury model light sport aircraft.

The turbocharger adds nearly $25,000 to the price of the aircraft, but it makes it one of the smoothest-running Rotax engines in that manufacturer's lineup. That, and the luxury title, form the main selling points for this $171,400 LSA. The one you see pictured is loaded with options, especially in its glass cockpit, which drove the price to $219,000.

What this luxury model has is speed. The pilot's operating handbook tells you that the aircraft will go 109 knots true airspeed at 72-percent power, but it operates safely at higher power to achieve a 117-knot cruise. The aircraft was flown in formation for a future article in AOPA Pilot behind a Cessna 210, generally considered a 160-KTAS airplane. The pilot had slowed to 90 knots, but at that speed the P2008 TC was only at half throttle. 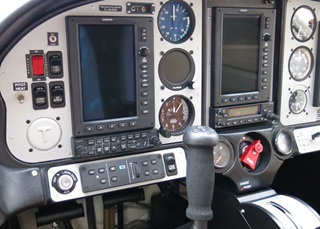 While it does risk the argument from potential buyers that light sport aircraft were originally forecast a decade ago to cost only $60,000, in real life it hasn't worked out that way. The complainers are still there, but the buyers load up their LSA model with every avionics upgrade possible until the total on average meets or exceed $160,000, says Tecnam North America CEO Phil Solomon. Still, price is given credit by many in the light sport industry as a reason for the failure of sales over the 10 years that light sport models, some 125 of them (seven are out of production), were predicted to achieve.

For the first time in five years, light sport aircraft registrations dropped in 2013 to pre-recession levels. The fact that the light sport industry is still here indicates it has enough strength to survive, although many companies are expected to leave following additional FAA audits of manufacturing methods. Registration totals show 1,438 in 2009, 1,530 in 2010, 1,561 in 2011, 1,745 in 2012, but only 1,409 for 2013. There are 4,824 sport pilots on the books. Initially it became the retiree's certificate, but that changed when flight schools found LSAs economical. Industry observer Adam Smith, now a consultant to Van's Aircraft, said the future for light sport aircraft will brighten only when it is considered a pilot's first airplane, not the last.