Get the app Get the app
Already a member? Please login below for an enhanced experience. Not a member? Join today
News & Media Dallas/Fort Worth Class B changes coming in March

Dallas/Fort Worth Class B changes coming in March 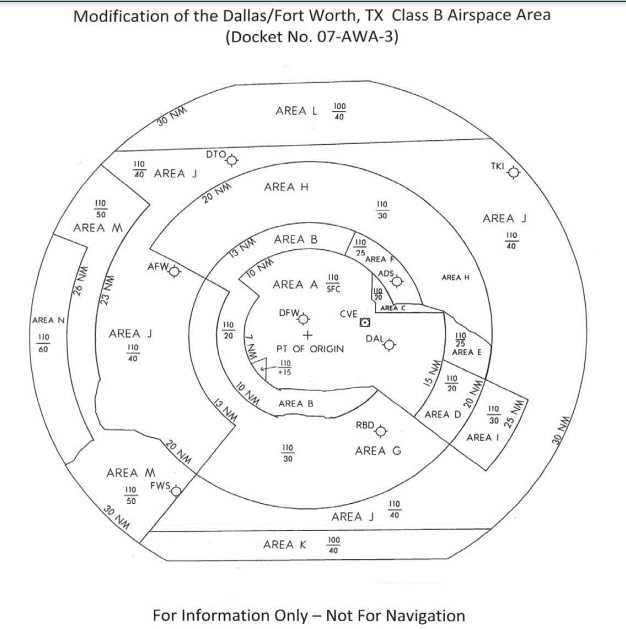 A new configuration for the Class B airspace centered on the Dallas/Fort Worth International Airport in Texas takes effect March 6.

AOPA is urging pilots to become thoroughly familiar with the new design, which lowers the Class B floor in several sectors, redraws the northern boundary, and excludes a small section of airspace in the southwest portion of the Class B surface area.

The March 6 effective date of the modifications will allow the new airspace configuration to coincide with new editions of the Dallas/Fort Worth Terminal Area and Sectional charts.

AOPA participated in the rulemaking process for the airspace redesign, providing pilots’ input to the FAA and keeping members informed as the proposal moved forward.

The association expects the FAA to follow up the redesign with a related action to resolve ambiguity in an easterly section, where the Addison Airport’s existing Class D airspace is designated below 3,000 feet; under the new design, the Class B airspace floor above the airport will be 2,500 feet as of March 6.

The FAA is expected to modify the Class D airspace at Addison to conform to the new Class B airspace layout, McCaffrey said.