Get the app Get the app
AOPA will be closing at 1:45pm ET on Tuesday, December 6th. We will reopen Wednesday morning at 8:30am ET.
AOPA Members DO more LEARN more SAVE more - Get MORE out of being a pilot - CLICK HERE
News & Media Rans to offer new light sport by mid-summer 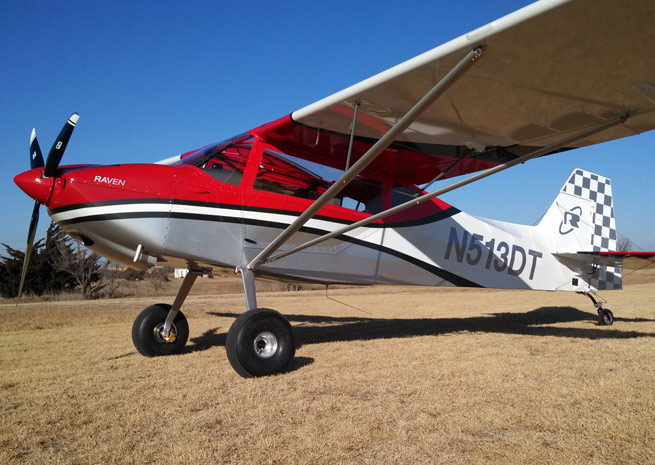 Rans Designs displayed a new aircraft at the U.S. Light Sport Expo that combines the best features of two previous models into a kitplane called the S-20 Raven. By mid-summer that model will be joined by the S-20LS, a factory-built aircraft that will be certified as a light sport aircraft.

The S-20 has created a little confusion among light sport buyers. It will not be a light sport aircraft, once the owner assembles the kit, but instead will be certified as Experimental, Amateur Built. The side-by-side two-seater happens to meet speed and weight requirements for the light sport aircraft category, meaning that if you have only a sport pilot certificate, you can still fly it. In a few months the company hopes to receive light sport approval, allowing it to be sold as a factory-built model.

The S-20LS will sell for $110,000 with analog instruments (most will go out the door at $124,000), and will cruise at 97 knots true airspeed. Speed isn't the most important feature, however, since it will also reach places in the bush were non-bush aircraft fear to tread. The S-7 had bush capability while the S-6 had side-by-side seating and tricycle gear. The S-20LS and S-20 combine those features. A certified mechanic can switch the aircraft from tailwheel to tricycle configuration and back again.

Making it rugged is the all-steel fuselage and tail, an upgrade from the aluminum tailcone on the S-6. The S-20 model shown at Sebring, Fla., in January was actually a kitplane built by the factory. At the moment, manuals and light sport certification paperwork are in process at the Rans factory in Hays, Kan. The demonstrated model is the factory prototype, but only minor changes have been made in the first production S-20LS now on the line for a customer in Tennessee.