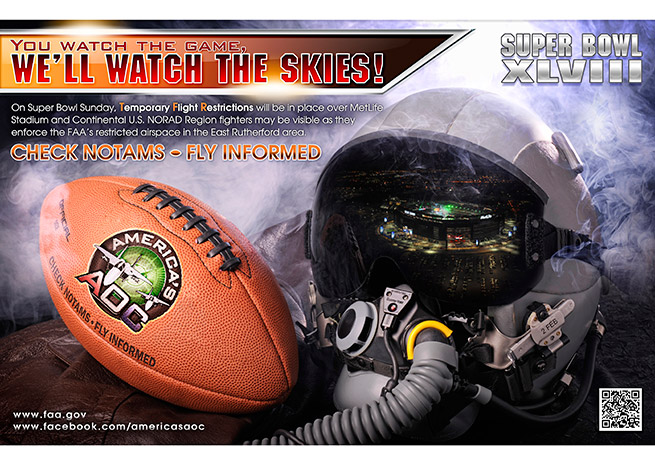 Super Bowl XLVIII will be played Feb. 2 in East Rutherford, N.J., with flight restrictions set to take effect that should command the attention of any pilots operating in the area.

The FAA issued an advisory detailing the temporary flight restriction (TFR) that applies to nearly all operators. Approved law enforcement and military aircraft directly supporting the Super Bowl will be allowed within a 1-nautical-mile ring centered on MetLife Stadium, extending from the surface to 4,999 feet msl, starting at noon local time on game day. Scheduled passenger and cargo service participating in federally approved security programs may also be allowed to transit the airspace, along with any life-saving flights granted permission by air traffic controllers prior to departure.

At 5 p.m. Eastern, those restrictions will expand to an 8-nm ring around the stadium, excluding a 3-nm ring around Newark Liberty International Airport, with an additional outer ring that will extend 30 nm from the stadium in which arrivals and departures on VFR or IFR flight plans, talking to ATC and transmitting an ATC-assigned beacon code, will be allowed. The vertical boundary of the inner 8-nm ring and the outer 30-nm ring  is 17,999 feet msl. Flight training, practice approaches, transitioning through the airspace, and other routine operations will be prohibited within the 30-nm ring while the TFR is in effect, and it will extend to 11:59 p.m., subject to possible cancellation sooner (once the game is over) at FAA discretion. The FAA will issue notams alerting pilots to both the activation and deactivation of the TFR.

AOPA remains engaged in an ongoing conversation with the FAA, military, and federal homeland security officials, and that dialogue has resulted in progress toward the association’s goal of easing restrictions on general aviation—and eventually eliminating TFRs altogether. AOPA Manager of Aviation Security Tom Zecha said pilot compliance is essential to continuing that progress.

“The GA community being able to operate in and around this TFR without violations goes a long way in showing that future GA provisions should be considered until we can ultimately work to have them eliminated entirely,” Zecha said.

Violations, whether willful or accidental, not only compromise this mission, but can trigger a U.S. Air Force intercept, certificate action by the FAA, and much worse if a pilot fails to respond appropriately to an intercept and is deemed a threat. 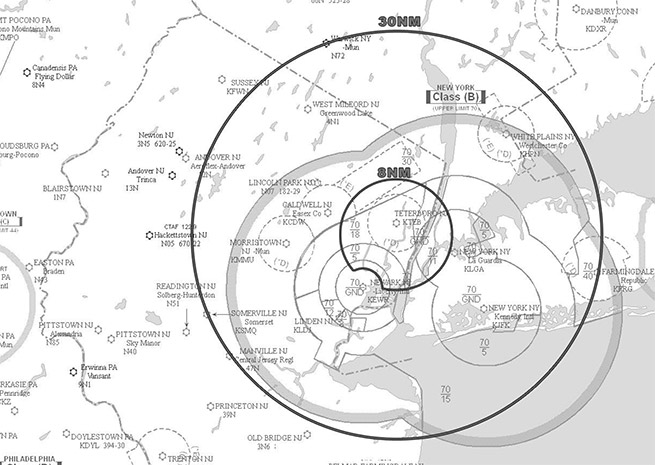