Get the app Get the app
Already a member? Please login below for an enhanced experience. Not a member? Join today
News & Media Wisconsin military exercise planned 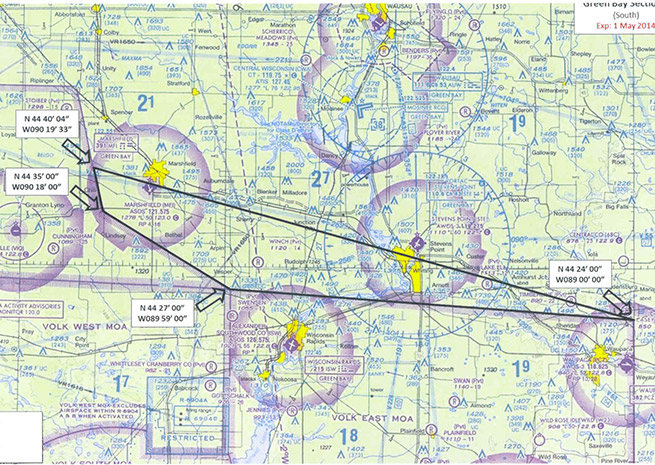 The U.S. Air Force plans to mix it up once again over central Wisconsin, and a temporary military operations area (TMOA) identical to the one used in last year’s version of the annual exercise has been proposed, with comments accepted through Feb. 26.

The Lightning TMOA is contiguous with established military operations areas (MOAs), effectively expanding the Volk East MOA and Falls MOA to accommodate the exercise, and is not expected to impact instrument procedures used at airports in the vicinity; portions of five Victor airways are within the proposed TMOA.

Comments can be submitted using instructions in the notice, and those who chose to opine are asked to also share a copy of their comments with AOPA.