Get the app Get the app
AOPA will be closing at 2:30pm ET Wednesday, November 23rd, and will remain closed Thursday and Friday in observance of the Thanksgiving holiday. We will reopen Monday November 28th at 8:30am ET.
AOPA Members DO more LEARN more SAVE more - Get MORE out of being a pilot - CLICK HERE
News & Media Colorado kicks off GA airport sustainability study 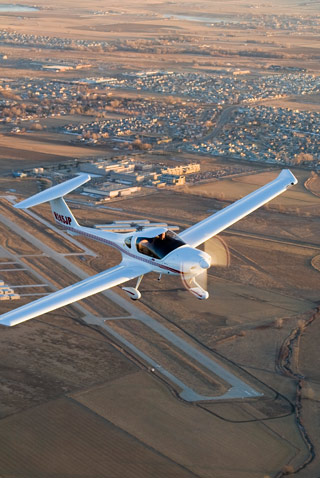 The Colorado Division of Aeronautics is conducting a general aviation airport sustainability study in an effort to create a set of tools and guidance that will help airports across the state become self-sustaining. The study is part of a nationwide FAA initiative to create sustainable airport planning and development that encompasses “reducing environmental impacts, achieving economic benefits, and increasing integration with local communities,” according to the FAA website.

The FAA has funded 45 airport projects across the country, and Colorado is the first statewide GA airport sustainability program to be funded.

The guide will offer assistance for defining an airport mission and vision; supporting goals and tracking and reporting key metrics; creating benchmarks to compare airports; being transparent with airport users and the community; and evaluating financial, social, and environmental factors when making decisions regarding the airport.

The aeronautics division is seeking input from the general aviation community, including pilots, aircraft owners, and airport managers, as well as the business community and residents near the airports. After it identifies case study airports, it will be conduct webinars and workshops throughout the state to gather feedback.

Once a toolkit and guidance materials are created, the aeronautics division will test it at three airports in the state and then make further revisions before releasing a final package that all airports can use.

“This project is a great example of a state recognizing the value of general aviation and GA airports, and taking steps to protect them on a statewide scale,” said AOPA Northwest Mountain Regional Manager Dave Ulane. “AOPA will be following the study closely, and will be encouraging Colorado members to follow the study and get engaged at their local airport as the opportunity arises.”