Get the app Get the app
Already a member? Please login below for an enhanced experience. Not a member? Join today
News & Media Chief Joseph Flyers offers affordable flight training, aircraft

Joseph, Ore.-based Chief Joseph Flyers was formed in 1948 as a way to offer an affordable way to learn to fly and have access to aircraft. The club, based at Joseph State Airport, currently has 35 members and five associate members.

The name for the flying club comes from Chief Joseph, the leader of the last band of Nez Perce American Indians, who spent their summers in Wallowa County, said Treasurer Brian Adelhardt. “Old Chief Joseph is buried at Wallowa Lake. His son, young Chief Joseph, led his tribe on a 1700 mile trek in 1877 in an attempt to escape Army troops who were trying to force the Indians onto a reservation,” he said. “The Nez Perce War of 1877 was the last Indian war.”

Over the years, the the club has owned many airplanes, said Adelhardt. “Currently we own a 1976 Cessna 172 and we are in the market for a light sport aircraft,” he said.

Regular members buy in from outgoing members, said Adelhardt. “The current going rate is around $300,” he said. “They pay $70 per quarter for dues, which covers club overhead. Associate members have no flying privileges and pay $25 annual dues.”

The club has five part-time flight instructors, who charge $30 an hour for instruction, said Adelhardt, and there are currently five students. Members pay a wet rate of $74 per hour Hobbs time.

Club activities include sponsoring an annual ground school and holding social gatherings, said Adelhardt. “We also sponsor visits from other clubs in the region to show them our beautiful lakes and mountains,” he said.

Flying clubs are a great way to fly and socialize, said Adelhardt. “We believe that a cost-effective method for having access to multiple aircraft is to solicit leaseback or rental arrangements with owners so that club funds can be stretched further,” he said. “We have owned plans outright in the past, but now we are moving to access rather than ownership.” 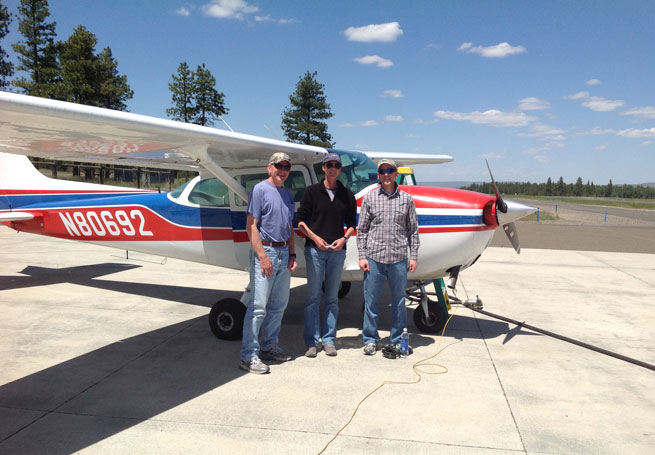