The action may be animated, but the production team behind Disney’s upcoming film Planes: Fire and Rescue, sequel to the 2013 animated feature Planes, strove to keep every detail as realistic as possible.

Great pains were taken to avoid mistakes, such as propellers turning in the wrong direction or aircraft doing things that are simply impossible, and to get the details right when portraying how a range of firefighting aircraft perform in the air. Consulting with professional pilots and firefighters, they worked to craft characters that, aside from being talking airplanes and helicopters, behave as their real-life counterparts do, down to the aerodynamics and radio phraseology. 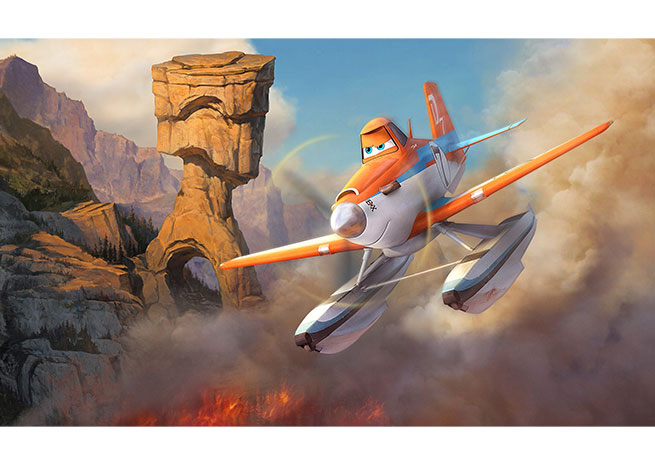 “It has to be a believable world,” said Bobs Gannaway, the new film’s director, in a telephone interview with AOPA. “Then, you will hopefully forget that it’s animated, and just get into the story.”

The story began coming together while Planes was still in production, and Gannaway set out in search of a new mission for Dusty Crophopper, the central character of both films (voiced by actor Dane Cook). Once Gannaway learned that agricultural aircraft are also used for aerial firefighting, it was time to learn how it is done in real life.

The California Department of Forestry and Fire Protection, better known as Cal Fire, responded with enthusiasm when Gannaway and producer Ferrell Barron reached out seeking help. The real-life firefighters who specialize in backcountry fire suppression invited the movie crew to tour firefighting bases and observe training exercises. Barron said Cal Fire Battalion Chief Travis Alexander was particularly involved throughout the four-year effort to make the film, which opens July 18. Alexander and others on the Cal Fire staff coordinated numerous meetings with pilots, smoke jumpers, and others on the firefighting team. With helicopters added to the cast of characters, the producers also enlisted renowned aerobatic helicopter pilot Chuck Aaron, known for demonstrating a wide range of highly unusual attitudes in Red Bull colors, because Aaron knows exactly what a helicopter can and cannot do as well as any pilot flying. Sean Bautista, who consulted on the original Planes, also helped steer the storytellers in the right direction. (Planes opened following a special screening at EAA AirVenture 2013 and went on to gross nearly $220 million worldwide, according to BoxOffice.com.)

This second installment is dedicated to firefighters, and is the first animated feature to pay such a tribute, Barron said. 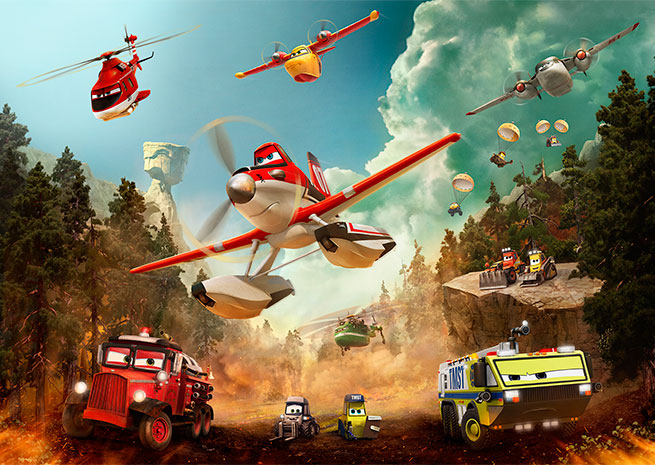 While animated films are typically made with younger audiences in mind, both producer and director said they were gratified that early screenings for Cal Fire staff (and families) drew an enthusiastic response.

“We want aviators to enjoy the film and be excited that it is accurate,” Gannaway said. “The second thing is, we want the firefighters to watch the movie and also say that they got it right, or if we cheated a little bit, they understand why.”

Gannaway confessed there is one particular scene where they did have to “cheat” a little bit, though he was coy about which particular laws of physics may have been infringed upon. He said aviators should not have trouble spotting it, and there was no getting around it, either. They gave it a lot of thought, and decided in the end that the needs of the story trumped the need for realism, just once.

“I’m hoping that I got one get out of jail card,” Gannaway said.