New light sport amphib to be announced at Oshkosh 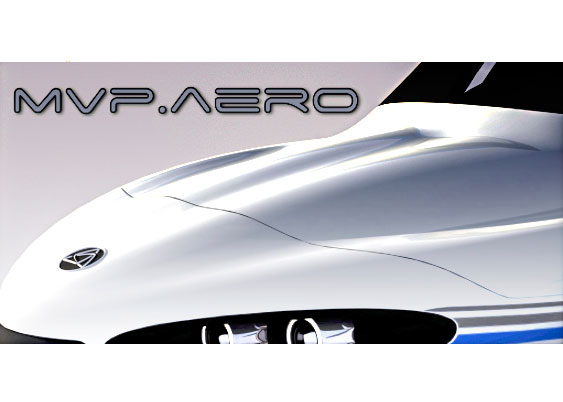 Every year there is one company that garners the most attention at EAA AirVenture, and this year the title of buzz king may go to MVP.aero. The company is developing an amphibious light sport aircraft that promises to match or surpass the snazzy bling of the Icon A5.

The company includes Darrell Lynds, former sales chief for Searey, Mike Van Staagen who designed the Vision jet for Cirrus Aircraft, and Steve Pugh, CEO of MVP.aero. It has released a sneak peak of the aircraft's nose that appears similar to the Icon A5.

The company was incorporated in Delaware with Lynds and Van Staagen listed as directors, and Pugh listed as treasurer. Van Staagen is executive vice president of design and engineering at MVP.aero. On his "LinkedIn" page, Pugh stated the aircraft is a "revolutionary new light sport airplane." The commercial single-engine and multiengine land pilot said on the page he enjoys flying, grass strips, rough fields, and lakes. His past experience is in business software. Van Staagen has a degree from North Carolina State in environmental design, and a master of architecture and real estate development from Texas A&M University.

Details will be discussed during AirVenture, and a mockup is expected. Light sport aircraft will appear in a new display area at the center of the AirVenture show where Beechcraft once displayed its aircraft before joining Textron, parent company of Cessna Aircraft. MVP.aero is headquartered in the Minneapolis area but does not yet have a factory. It may be years before an aircraft is delivered. Light sport amphibious aircraft are limited to 1,430 pounds, but Icon officials won an exemption from the FAA for 250 additional pounds in return for offering a spin-resistant design. That exemption is available to other light sport companies offering similar safety features.