A river runs through it

Welcome to the blue skies and green forests of the central Pacific Northwest. Spokane, Washington’s Felts Field is situated along the Spokane River and flanked by rolling hills dotted with pine and fir trees. This historic airfield began in 1910, welcomed Charles Lindbergh in 1927, once served as the city’s municipal airport, and is now home to an active general aviation community that is anxious to welcome visitors to AOPA’s fourth 2014 fly-in on Aug. 16.

Rolling out the welcome mat

Spokane’s Felts Field has a little bit of everything for the aviation enthusiast. The historic airstrip features beautifully renovated terminal and hangar buildings, a 4,500-foot-long runway, 6,000-foot seaplane landing area, delightful diner serving breakfast and lunch, and is home to renovators and collectors of historic aircraft.

At home with history

Felts Field is one of the first airstrips established in the West. Aviation started there in 1910 with Curtiss biplanes flying, and early airplanes there included a Curtiss Pusher flown by Cromwell Dixon, billed as the nation’s youngest pilot at that time. He was the first to fly across the Continental Divide and died in a crash in Spokane in 1911. The first air mail and commercial flights began there and Felts Field was distinguished as the home of the 116th Observation Squad of the Washington Air National Guard.

Most of the airfield’s original buildings have been restored. The hangar that once served the 116th Squadron is owned by the Spokane Turbine Center and leased to Moody Aviation Maintenance training school. You can see the squadron’s insignia—an ace of spades with a dagger through the center—still on the outside of the building. 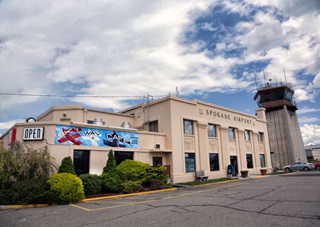 The airport terminal building was constructed in 1932 and is listed on the National Historic Register. A 40-foot-tall art deco clock tower sits on a 14-square-foot base near the terminal building. It is dedicated to Nick Mamer, who set a world record for nonstop distance in Spokane Sun-God, a Buhl CA-6 sesquiplane—and developed practices that established the basic technique used in today’s in-flight refueling procedures

On the south bank of the Spokane River, four miles from the city center, Felts Field sits comfortably amid the Pacific Northwest’s natural wonders. Across the river from Runway 3L/21R is the 300-foot-tall Minnehaha Rocks, frequented by rock climbers and hikers.

Spokane is named for its Native American tribe “Children of the Sun” who made their home along the Spokane River. The Spokane Falls offered abundant salmon runs. The majestic Spokane River Falls today are spectacular, especially in the spring as runoff and high water crash over the indigenous basalt rock formations. Gondola rides are offered along the falls.

EAA Chapter 79 is an active group at Felts Field. Its recently refurbished hangar will be open to visitors and the chapter will host the fly-in breakfast. Food trucks from the Spokane area are expected to feed hungry fly-in attendees at lunch. 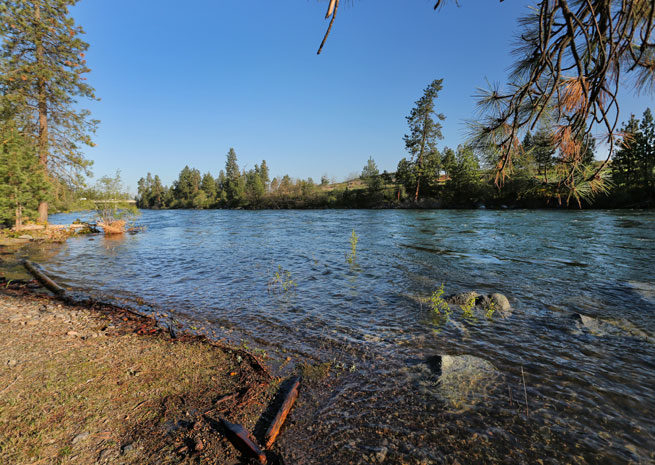 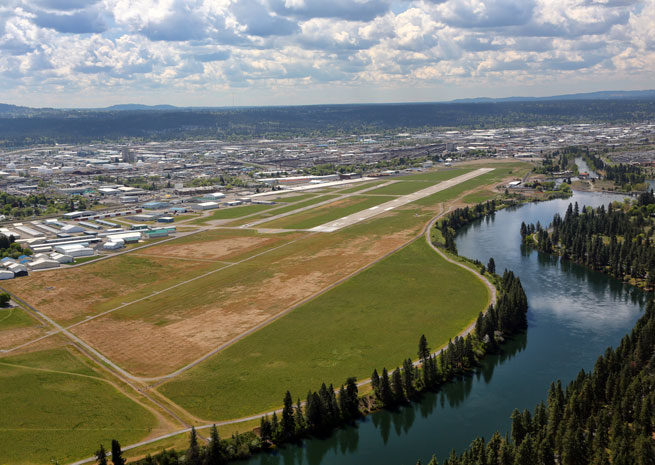