Get the app Get the app
AOPA will be closing at 3:15pm ET Thursday, December 1st. We will reopen Friday morning at 8:30am ET.
AOPA Members DO more LEARN more SAVE more - Get MORE out of being a pilot - CLICK HERE
News & Media Action on third class medical ‘soon,’ Huerta tells Baker

FAA Administrator Michael Huerta told AOPA President Mark Baker that rulemaking prompted by a request to expand the driver’s license medical standard should be released for public comment soon during a visit to AOPA headquarters July 17.

Huerta spoke to AOPA staff during the visit, the first time in years that an FAA administrator has visited the Frederick, Maryland, office, and told Baker during an interview on AOPA Live that the FAA takes the request for an exemption to the third class medical seriously. While he wouldn’t say exactly when rulemaking would be released, he said it was being reviewed at the executive level.

“The conversations that we have had, and that we’ve had with the industry, have been very productive,” Huerta said in an interview that covered topics including the FAA’s “Got Weather?” campaign, NextGen modernization, the upcoming FAA reauthorization bill, alternative fuels, and the future of general aviation. 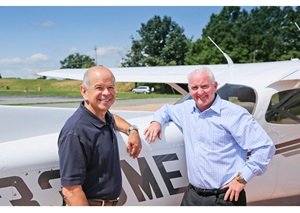 Huerta came to AOPA’s main office at Frederick Municipal Airport to interview AOPA staff pilots as part of the FAA’s “Got Weather?” campaign, which brings together resources for pilots on a new weather topic each month. During the interview with Baker, he noted that weather is the leading cause of fatal general aviation accidents, and said the campaign is intended to raise the visibility of weather issues.

“We don’t want people to be intimidated by flying, but we want them to fly smart,” he told Baker.

Huerta expounded on the topic of safety in a brief address to AOPA staff, when he noted that the association and the FAA have a shared interest in “ensuring general aviation continues to raise the bar on safety.” He thanked AOPA staff for making the aviation system safer and encouraging “the magic of flight.”

“What you bring to aviation is a completely different dimension,” he said, “and that’s what makes flying fun.” 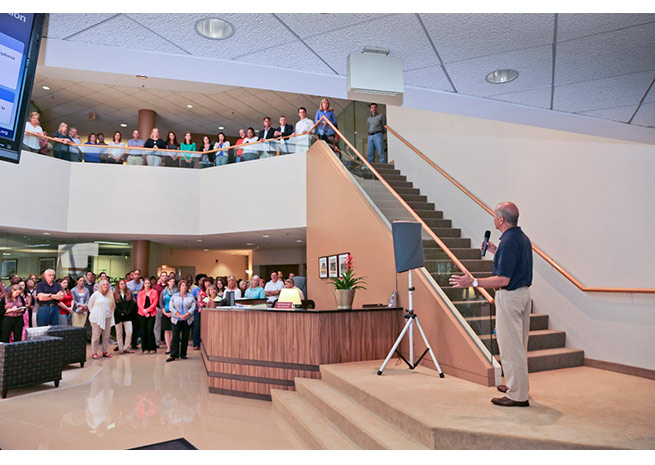