Get the app Get the app
Already a member? Please login below for an enhanced experience. Not a member? Join today
News & Media Guardian Avionics wireless bridge saves engine data in cloud

Displays engine and flight info on iPads and iPhones

Guardian Avionics has created a wireless bridge that allows pilots to display engine information (as well as flight instruments and a GPS moving map) on an iPad, and automatically store engine data.

The Arizona company’s FMS 650 connects to an RS232 data bus and sends that information via Bluetooth to up to six iPads and iPhones simultaneously. When combined with the Pilot FMS app, engine and flight data can be automatically uploaded to cloud storage through a Wi-Fi connection. The data can be viewed and analyzed by pilots and aircraft owners or shared with aviation technicians.

“The pilot doesn’t have to download, upload, or transfer data because it all happens automatically,” said Ash Vij, Guardian Avionics owner. “There’s a tremendous opportunity to make flying safer by having engine data analyzed. Also, owners or potential aircraft buyers can have a complete history of how an airplane is operated and how it performs on each and every flight.”

The FMS 650 also has a built-in carbon dioxide sensor, and two USB chargers.

The FMS 650 has a retail price of $999 and is currently available for experimental aircraft only. Guardian Avionics has is seeking FAA approval to install the FMS 650 in certified aircraft beginning later this year. 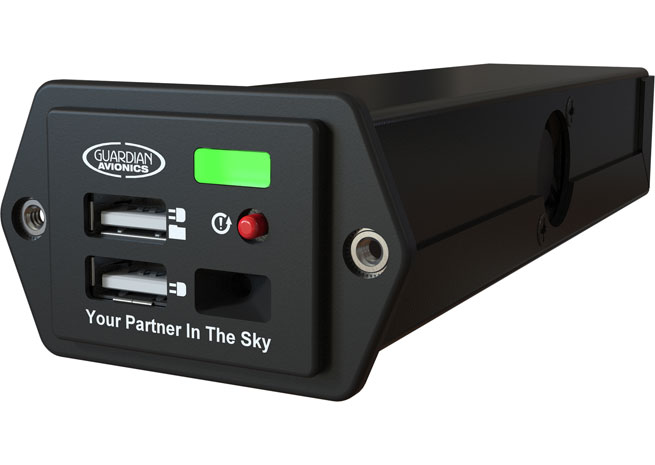