Get the app Get the app
AOPA will be closed July 4th, in observance of the Independence Day holiday. We will reopen at 8:30 am ET on Tuesday, July 5.
News & Media What’s in your hangar?

What’s in your hangar?

Editor's note: The FAA on Sept. 2 extended the comment period 30 days beyond the original Sept. 5 deadline on its draft hangar-use policy.

Pilots who spruced up their hangars with a couch, chairs, refrigerator, and a radio, or who set up shop with tool chests to work on their aircraft at times found themselves running afoul of an FAA policy prohibiting nonaeronautical uses of hangars at federally funded airports.

The FAA’s intent was to prevent nonaeronautical uses of hangars from displacing legitimate aeronautical uses, not to punish those who make their hangars a comfortable place to hang out. The agency has drafted a new policy to more clearly define what is and is not an acceptable use of a hangar.

“AOPA has been working to encourage the FAA to revise its policy to allow reasonable nonaeronautical uses,” said Greg Pecoraro, AOPA vice president of airports and state advocacy. “This revised policy is a very significant step in the right direction, and we appreciate the FAA’s responsiveness on this issue.”

AOPA is currently reviewing the policy and will provide comments. Pecoraro said that AOPA will continue to advocate for less restrictive guidance, and will encourage the FAA to loosen its stance in key areas, including allowing the assembly of homebuilt aircraft. 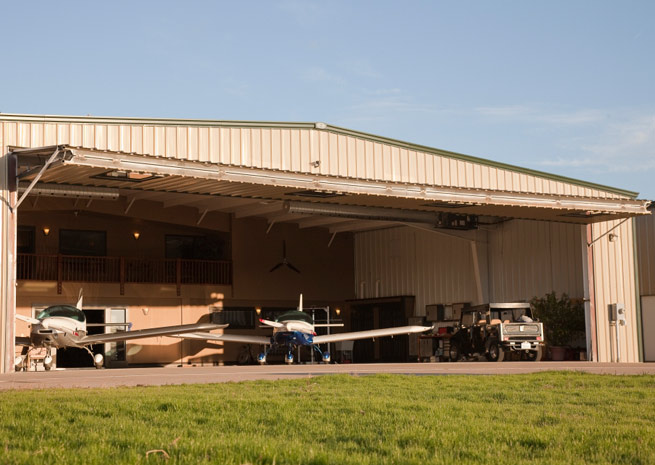