“It’s been a long road,” said Pat Waddick, Cirrus COO. “I know you’ll be delighted with the product.”

The first production aircraft is in FAA flight testing, and two others are nearing completion.

Cirrus is putting together an extensive flight training and mentor program in which prospective SF50 pilots will undergo 10 days of extensive ground and simulator training in preparation for a type-rating checkride. After that, they will fly for a certain period of time with a highly experienced jet mentor.

In other Cirrus news, the company said it’s on a pace to deliver 300 SR20 and SR22 piston aircraft this year, and the total fleet of more than 5,000 aircraft has amassed more than 6 million flight hours.

Cirrus pilots have used the emergency full airframe parachute system 46 times over the years saving a total 96 lives to date. 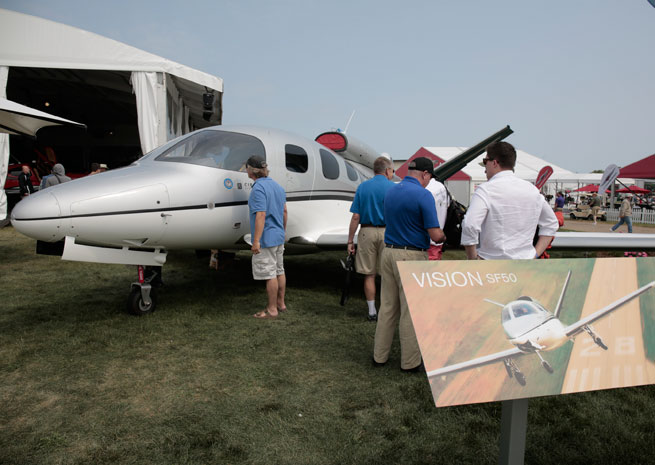